DONALD TRUMP has said he wants ‘biased’ and ‘insecure’ Oprah Winfrey to run for US president so that she can be ‘exposed and defeated’.

The talk-show host recently sparked speculation that she might run for office following her rousing speech about equality at the Golden Globe awards.

However, she later said she had no desire to put herself forward as a Democratic candidate for the 2020 election.

Mr Trump (pictured below), who had previously said he would ‘beat Oprah’ in a race to the Oval Office, reignited the conversation after Winfrey appeared as an interviewer on US TV programme 60 Minutes. 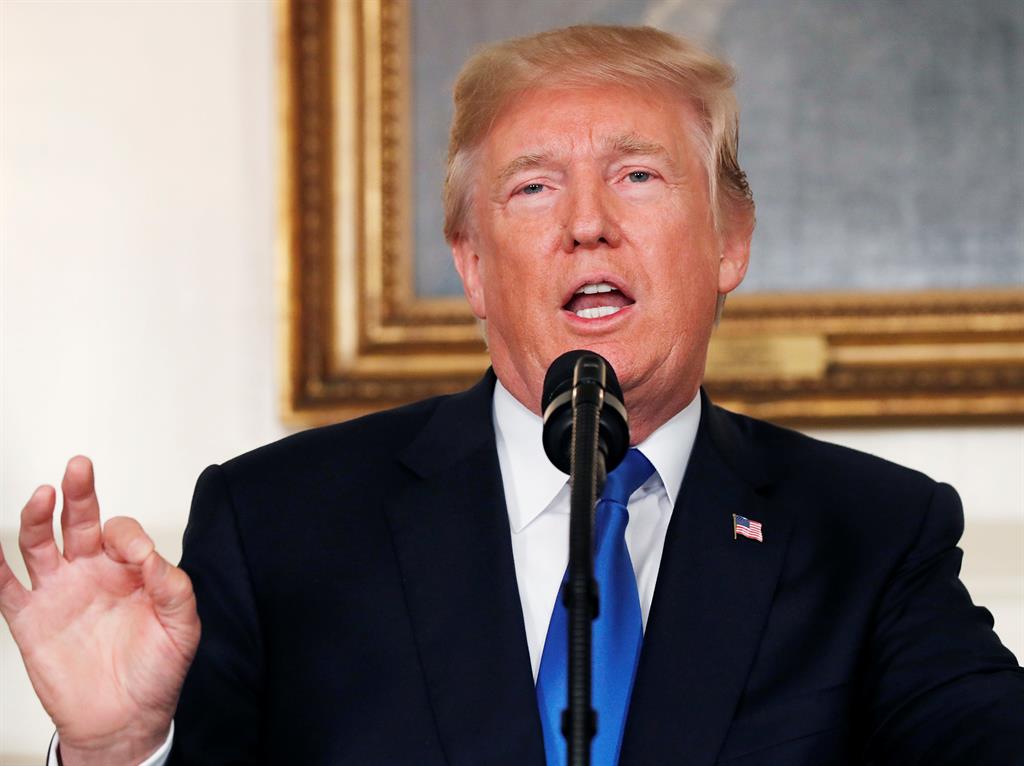 He tweeted: ‘Just watched a very insecure Oprah Winfrey, who at one point I knew very well, interview a panel of people on 60 Minutes.

‘The questions were biased and slanted, the facts incorrect. Hope Oprah runs so she can be exposed and defeated just like all of the others!’

On the CBS News programme, Winfrey met with a group of voters in Michigan, some of whom had voted for Mr Trump in the 2016 US election, to hear their thoughts on his first year in office.

Winfrey, 64, had been backed by a number of high-profile stars, including Meryl Streep and Tom Hanks, to become the next US president.

But she told US magazine InStyle: ‘I’ve always felt very secure and confident with myself in knowing what I could do and what I could not.

‘And so it’s not something that interests me. I don’t have the DNA for it.’

PREVIOUSDancing on Ice Donna Air’s love life on the skids