WITH filming on a movie version of Downton Abbey set to start soon, three of the TV drama’s cast enjoyed a mini reunion in Los Angeles.

Michelle Dockery, 36, who starred as Lady Mary Crawley, posted a snap of herself with actors Dan Stevens and Allen Leech on Instagram at the weekend, captioning it: ‘Dorks.’

Commenting on his new look Stevens, 35, aka Matthew Crawley, wrote: ‘Should Matthew have a mustache for #DowntonAbbeyMovie? Vote below.’ 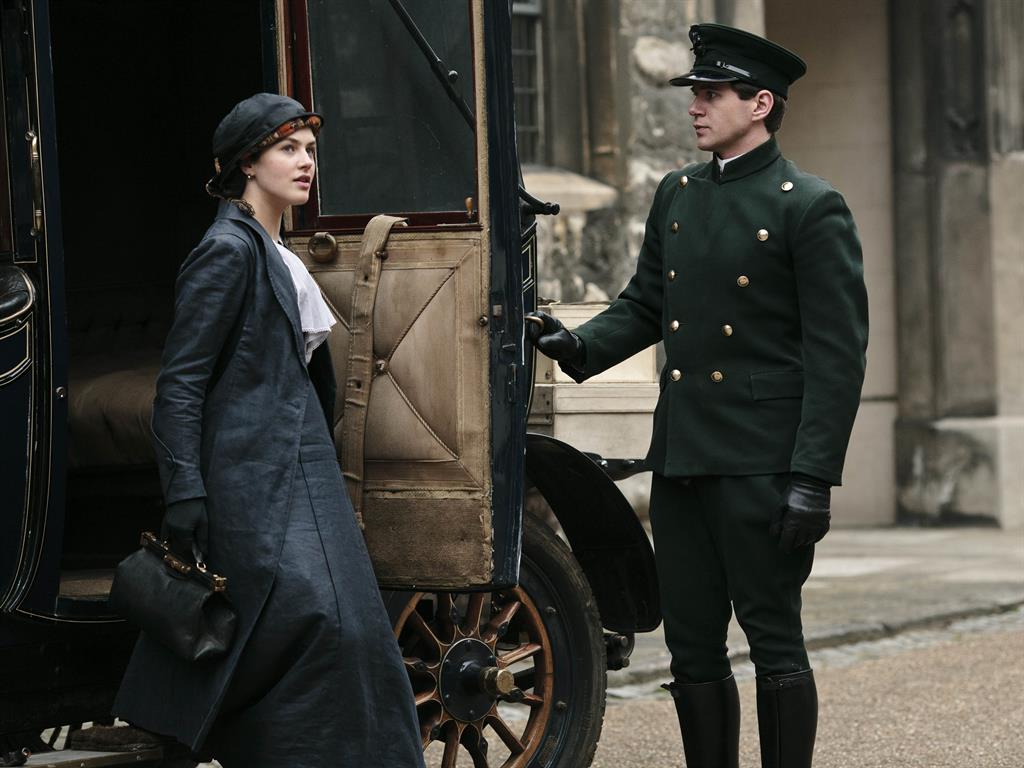 He is unlikely to feature in the film as his character died in a car crash. It is not known if Leech, 37, who plays Tom Branson, will be included.

And Lily James, whose character Lady Rose MacClare moved to New York, has not been invited back. ‘I would have loved to have come back for a scene, but a movie needs a focused storyline. There was no space for Rose,’ she said.

NEXTMeg-astar Jason Statham gets a bite at the big time