Charlotte arrived three months before her due date last year.

Tobin, 36, told the ITV show: ‘I came into work and I just thought, I don’t feel very well. I feel a little bit achy, a little bit tired and I was a little bit hot…

Tobin added: ‘We’re really lucky she didn’t have any major complications. She just decided she wanted to come early.’

She said that Charlotte sleeps through the night, but added: ‘No-one told you how hard it is, being a parent.’

The weather presenter said that the early birth ‘was a huge shock’.

‘We had nothing ready. But that didn’t really matter because we spent pretty much the whole time in hospital,’ she said. 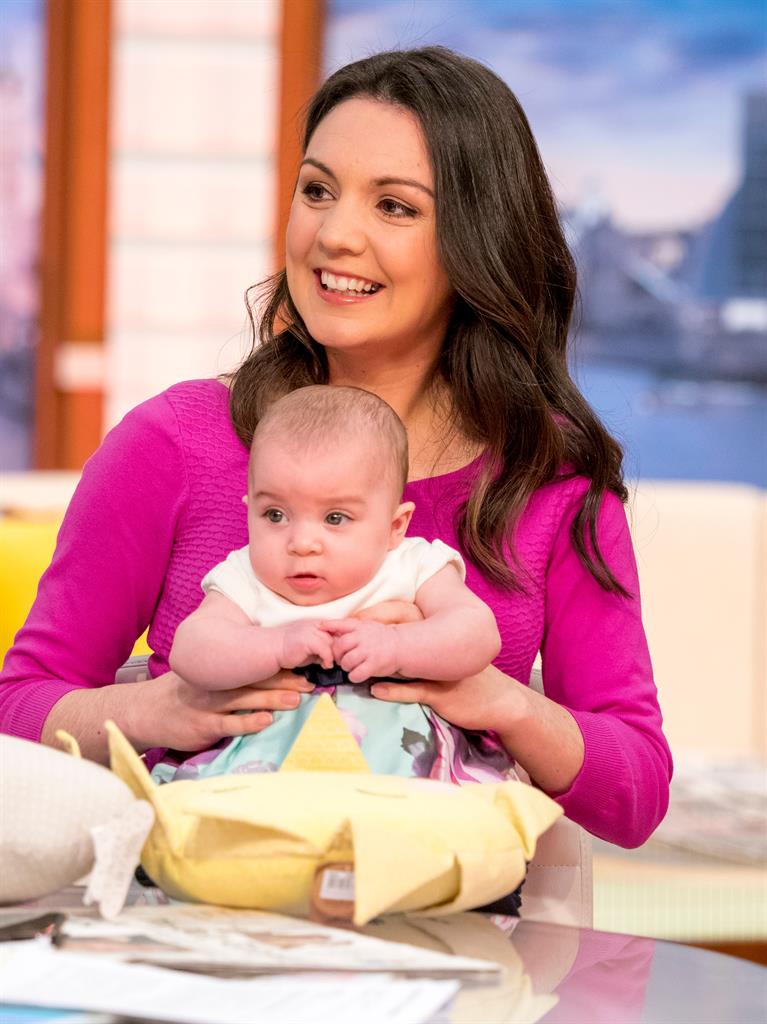 Tobin, whose daughter was only 2.5lbs when she was born, will be returning to work in two months.

‘I didn’t know anything about premature babies… They live in an incubator and you grow them as if they would inside your belly… She was on oxygen for a really, really long time… It just means she is really susceptible to coughs and colds.’

And she told viewers why she called her daughter Charlotte — and it is not because of fellow Good Morning Britain presenter Charlotte Hawkins.

‘Her middle name is Blossom because when I was pregnant the blossom was out and I thought it looked nice.’