NOTHING says you’ve got a new stadium tour lined up quite like baked goods — if you’re Ed Sheeran, at least.

Following his Glastonbury closing set this weekend, the Shape Of You singer announced his new shows by posting a picture of himself straddling a cake in the shape of his own face. 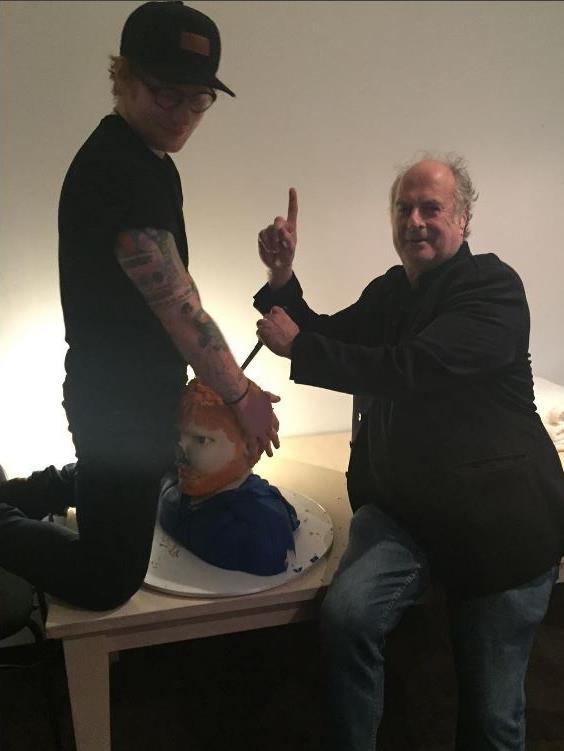 Captioning the strange snap, Ed wrote: ‘Announcing UK and Europe stadium tour tomorrow. This was the only picture I could find at short notice x’.

His followers were mostly amused, though one commented: ‘what is going on here lmao’.

Earlier, Ed revealed to The Sun that he has been working on a secret ‘experimental’ album for years.

‘Every year I write a song that will go on it. So I have about six, seven at the moment,’ he said.

‘It’s not necessarily experimental, but I don’t think there’ll be any hot radio songs on it this time.’