ED SHEERAN had a cheeky response to criticism that he was underdressed for his duet with Beyoncé at last weekend’s Global Citizen Festival.

He acknowledged the controversy on his Instagram story yesterday, with a screenshot of the headline: ‘People are angry Ed Sheeran wore a T-shirt while Beyoncé wore couture’ — before sharing a link for fans to buy the black T-shirt he wore on stage.

Twitter users had expressed anger that Sheeran, 27, didn’t up his sartorial game when he sang Perfect with Queen Bey, resplendent in a ruffled fuchsia gown.

Writer Shon Faye posted: ‘The fact we’ve enabled him to feel it’s ok to dress like this at all, let alone next to Beyoncé really boils my p***.’ 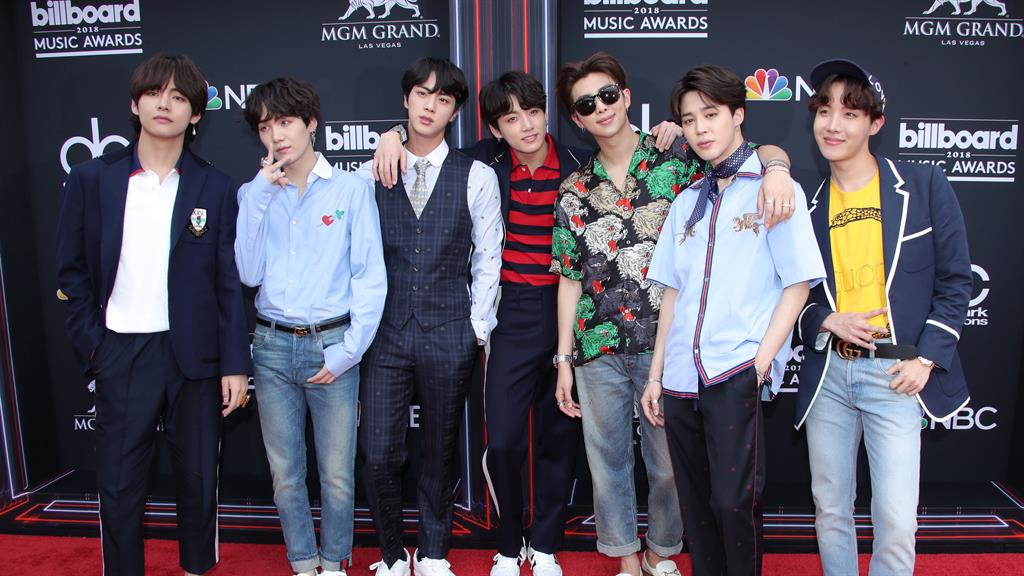 ■ FOLLOWING his duet with Beyoncé, a future collaboration for Ed could be with South Korean heart-throbs BTS. Ed said last month that he would like to work with the world’s most retweeted boy band (above), who earlier this year sold out two nights at London’s O2 within minutes.

On their official Twitter account, BTS shared a picture of a musical composition with the caption: ‘Hmm… this is for you @edsheeran.’

Ed told Heatworld last month he had written a song that the lads ‘might be messing with’ after reading out a fan’s tweet stating: ‘I want BTS x Ed Sheeran but when will they ever.’ He added: ‘I really like BTS, they’re great.’