SIR Elton John has sparked speculation that he is to retire today, after alerting fans to a ‘surprising’ new ‘phase of his creative journey’.

The 70-year-old Rocket Man updated his website to say simply, ‘I’ve finally decided my future lies…’ The cryptic message then fades out to reveal a countdown to 5.30pm today. 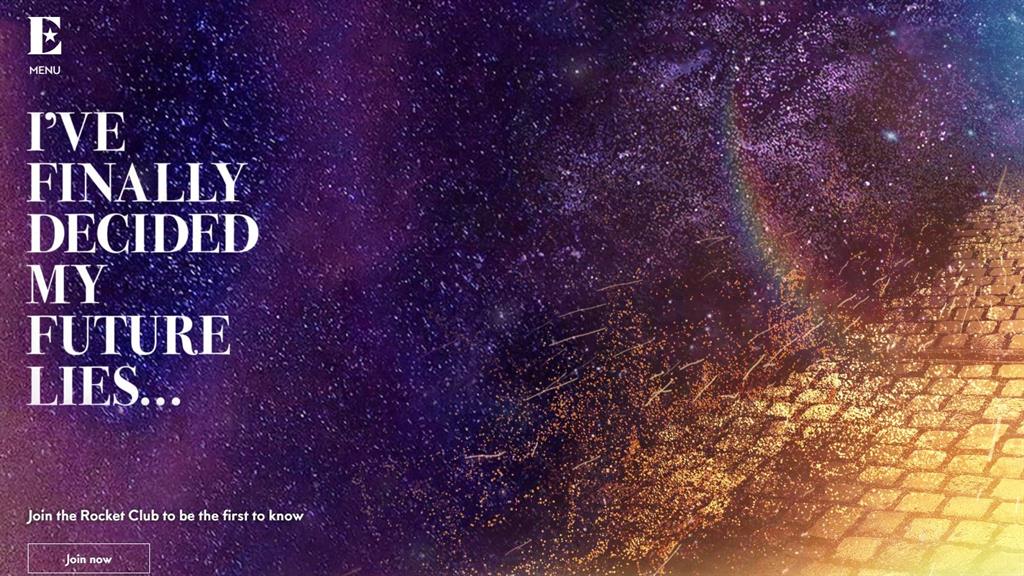 The hitmaker also posted a couple of videos to his Twitter account, including one with a montage of his career, reminding fans that he burst on to the scene on August 25, 1970, at a ‘legendary’ run at West Hollywood’s Troubadour.

A wrinkle in time. Past meets present.

Naturally, many people leapt to the obvious conclusions, with one Twitter user commenting: ‘Uh oh. Is it gonna be a farewell tour or a retirement announcement?!’

Sadly, Metro went to press before the big reveal at 5.30pm, but Daily Mirror reported today that it could ‘exclusively reveal’ Sir Elton plans to do both, saying he will ‘retire from the road after one last world tour’.

The news will not come as a complete surprise to fans as their idol has increasingly suffered from ill health.

The Don’t Go Breaking My Heart singer was forced to cancel a series of shows when he contracted a bacterial infection last year, and in 2013 he revealed he felt ‘grateful to be alive’ after suffering from appendicitis.

Happily, however, Elton is very much still standing, with his current Las Vegas residency set to run until May 19 and a performance alongide Miley Cyrus scheduled for this Sunday’s Grammy Awards.

■ In 1974, Sir Elton was joined on stage by former Beatle John Lennon at Madison Square Garden in New York.

■ In 1977, he announced he was retiring from touring, but returned to the stage within a few years.

■ In 1979, he became the first international pop singer to perform in Soviet Russia.

■ In 1985, he performed in the Live Aid benefit concert at Wembley Stadium, which was broadcast all over the world. He appeared towards the end of the bill, between The Who and Freddie Mercury, and also sang Don’t Let The Sun Go Down On Me with Wham! stars George Michael and Andrew Ridgeley.

■ In 1994, he embarked on a series of Face to Face concert tour with Billy Joel in North America.

■ In 1997, Sir Elton sang Candle In The Wind at the funeral of his close friend Diana, Princess of Wales.

■ Ten years later, in July 2007, he performed at a benefit concert held in Diana’s memory, opening with Your Song.

■ His The Million Dollar Piano residency in Las Vegas kicked off in 2011 and is scheduled to continue until May this year.

PREVIOUSAled Jones back at the Beeb after ‘distressing’ behaviour