Emilia Clarke’s Chewie is far, far away from the real thing

EMILIA CLARKE made a Wookie error when she tried — and spectacularly failed — to do an impression of Star Wars icon Chewbacca.

The Game Of Thrones actress went viral with her so-bad-it’s-good impersonation of everybody’s favourite giant furball. 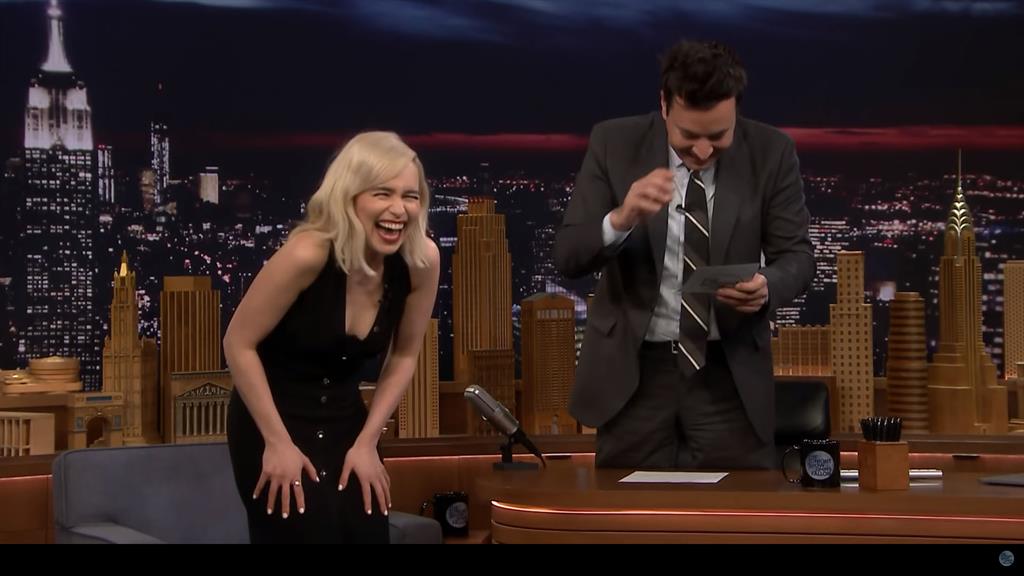 ‘That’s worse than I thought it was in my head,’ shrieked the 31-year-old during an appearance on The Tonight Show With Jimmy Fallon. Fans weren’t lining up to Maul her performance, however. One social media user exclaimed: ‘Omg I so want @emiliaclarke impression of Chewbacca as a ringtone!’

Emilia, best-known as dragon queen Daenerys in GoT, plays the mysterious Qi’ra in Solo: A Star Wars Story, out in the UK on Friday. Meanwhile, she put her TV gaffe at the bacca her mind as she went to a screening of the film in New York, wearing a striking striped dress.

PREVIOUSTorn off a Script! But James Arthur is up for a fight