EMMA WILLIS had to switch jetting off to Ibiza for being wheeled into an operating theatre last week when she suffered what she thought was a ‘bad case of trapped wind’ — but was in fact a ‘horribly infected appendix’.

The Big Brother host took to Instagram yesterday to reveal that she’s had a ‘funny old week’ as her plans to whisk hubby Matt Willis off to the party island ended in a hospital dash.

‘A week ago yesterday, I was meant to take @mattjwillis on a surprise birthday trip to ibiza,’ she wrote.

‘Instead, at 6am, I entered Barnet General A&E with a stomach ache that was getting progressively worse.

‘I thought I may be wasting everyone’s time with a bad case of trapped wind, but 9 hours later, I was wheeled into theatre and what they found was a horribly infected appendix.’

Despite her ordeal, Emma posted a picture of herself in a hospital gown alongside her surgeon, looking pretty fresh-faced considering. 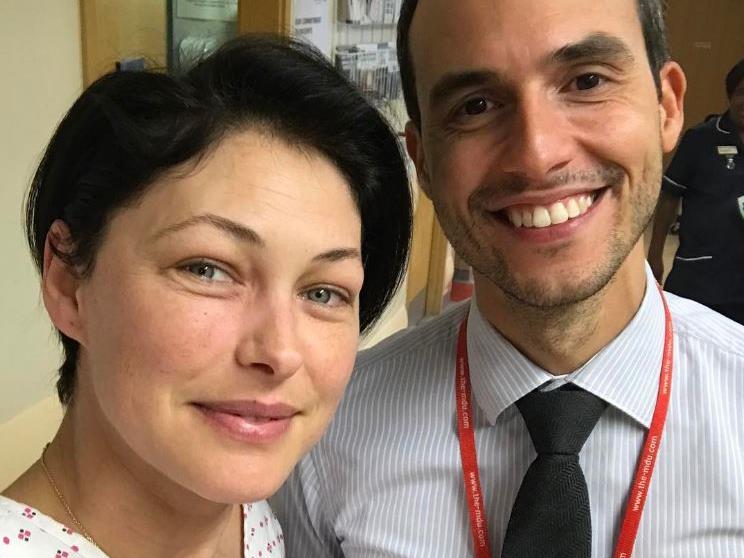 Emma made a point of thanking all the NHS staff who had helped her out, posting: ‘The man in this picture was my surgeon, Marco Venza. He, and his team, were incredible.

‘Thank you so so much for taking care of me and for putting me at ease every time I panicked!’

She added: ‘And finally, to everyone working their butts off within the NHS fighting to make it work, thank YOU! #longlivetheNHS.’

At least she didn’t have an experience similar to one of her well-wishers, who wrote: ‘Get well soon. Had my appendix go 1986 Christmas Day. Woke up in hospital to find myself surrounded by nurses dressed as Mr Men.’