EMMERDALE actress Emma Atkins has said she is as ‘nervous as hell’ about upcoming episodes which explore her character’s traumatic past.

The ITV soap is set to delve into Charity Dingle’s background, revealing details of abuse she suffered when she was 14.

Atkins said: ‘I didn’t know the extent of the abuse or how bad it was.

‘I knew she had had an ugly past. And reading it, it does all make sense.

‘You play a character for so long and it’s even more amazing now that I have all of this history to delve into.

‘It really explains why she behaves the way she behaves, why she maybe pushes people away or does catastrophic things because she is out of control mentally. It’s a wonderful thing to embrace as actors.’ 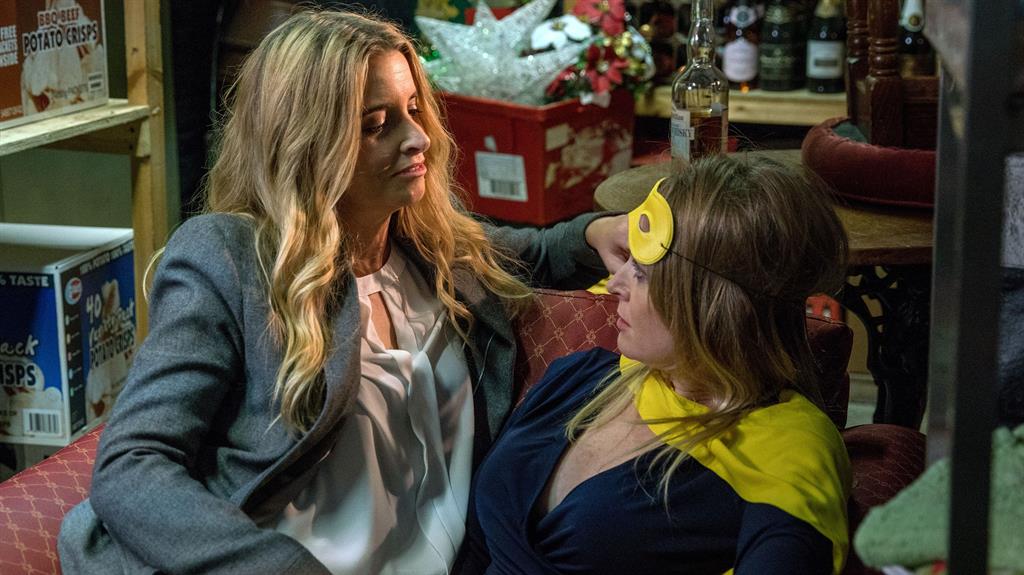 Atkins, whose character is currently romancing Vanessa Woodfield (Michelle Hardwick), said it is an ‘amazing opportunity’ for her as an actress.

However, she admitted to battling some nerves.

She said: ‘Maxine Alderton, one of our most incredible writers, is writing this particular double episode and it’s a dream part, it’s wonderful. It’s so delicately written and beautiful.

‘I’m nervous as hell – it’s not just dialogue of one line and then a response; it’s delving really deeply into someone’s history.’

‘It’ll be quite exposing, ugly and upsetting,’ she added.