EASTENDERS’ June Brown has been recognised for her long-running role as Dot Cotton — and soap son ‘Nasty Nick’ was right by her side to celebrate.

The veteran soap star looked radiant on the red carpet at the Television and Radio Industries Club Awards in central London and acting colleagues showered her in praise ahead of the accolade.

Belying his ‘nasty’ moniker, John Altman, described her as a ‘legend’.

‘She’s a dear, dear friend and we did a bit of celebrating the past few weeks. It’s been an absolute treat,’ he said.

‘Sixty-eight years she’s been working in the business.

‘She’s a legend, she’s incredible, it’s been an absolute treat to work with her.’

And Emmerdale actress Samantha Giles thanked June for giving her one of her first breaks.

‘I love June,’ she said. ‘She gave me one of my first jobs years ago. I was in a show that she directed in Edinburgh.’ 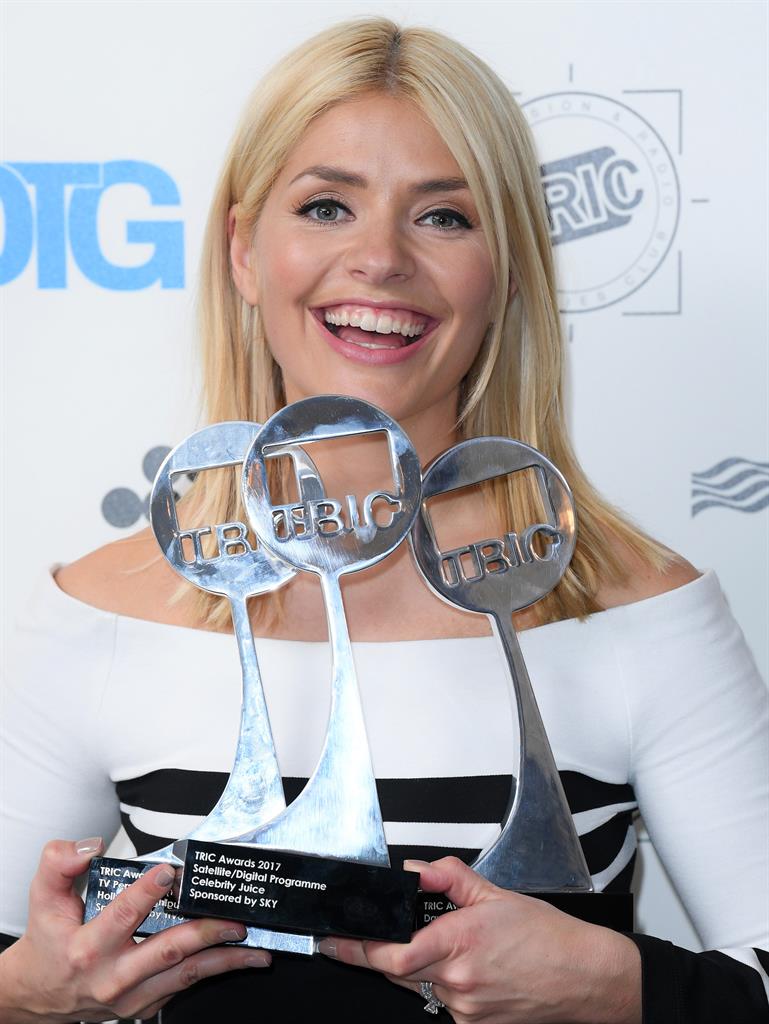 Other winners at the awards show included Holly Willoughby for TV personality of the year, while This Morning also took the best daytime programme prize.

Speaking of the win over Ant and Dec, Holly said: ‘It’s amazing — they win absolutely everything.

‘I’m delighted, I can’t even begin to tell you how delighted I am.’

PREVIOUSScarlett smells a rat in TV spoof about Ivanka scent