It emerged at the start of the year that her dad was dating his Fargo co-star Mary Elizabeth Winstead, despite still being married to Clara’s mum Eve Mavrakis, 52.

And a few months later, Clara’s temper boiled over during an online exchange when the 22-year-old dubbed Winstead, 33, a ‘piece of trash’. 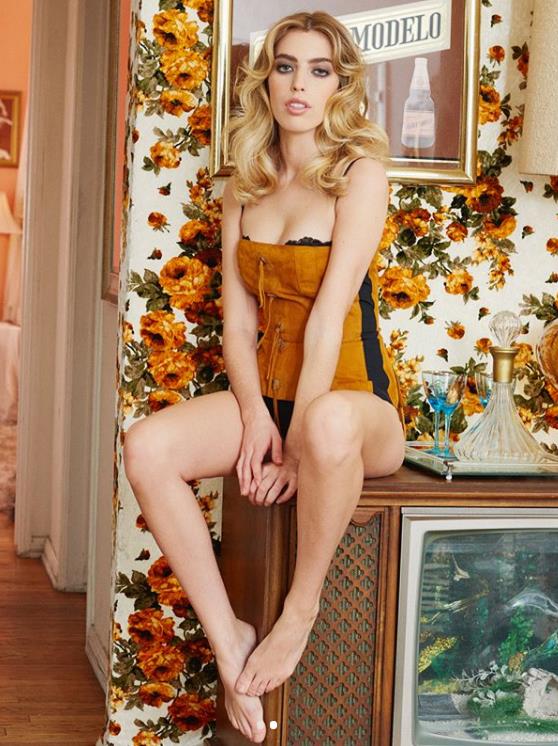 Now budding director Clara, who has made a short film about the break-up of a family, regrets her outburst, saying: ‘It wasn’t the most mature way to go about things, but I was angry and upset.

‘There had been a lot building up to it and a lot to deal with — not to make excuses of anything — but, yeah, it wasn’t my finest moment.’

She added: ‘It wasn’t the right way to go about things, but it’s a hard thing to wrap your head around when you feel you had this idea of what the family unit is and then to have that shift. It’s very weird.’

Clara admits the blame for her dad’s new romance was ‘never one-sided’, telling The Times: ‘I dealt with stuff with my dad personally — it wasn’t me letting it slide with him and just getting mad at her. Of course not.’

The former Playboy model added that she is still very close to the Trainspotting star, adding: ‘I love him and I always will. The relationship’s not going to end because of this.’

PREVIOUSBrad Pitt rolls back the years in 1960s garb