Exclusive: All Saints — Our coach party is so different…

IT’S all aboard the All Saints party bus — but these days the guest list isn’t made up of pop’s A-listers or the cool set.

In an exclusive catch-up with Guilty Pleasures, the Pure Shores singers claim their partying days have changed wildly since they all became mums and it’s now their kids who choose the entourage for the tour bus… even inviting the odd teacher along for the ride.

‘Gone are the days when my guest list is the coolest people on the planet,’ mused Shaznay Lewis, 42.

‘It’s full of class friends and sometimes a teacher here or there.’

She feels that in pop, it’s all about the cool set these days. ‘We’re not part of that world, we’re not in that realm of parties,’ she added. ‘We have our own parties.’ 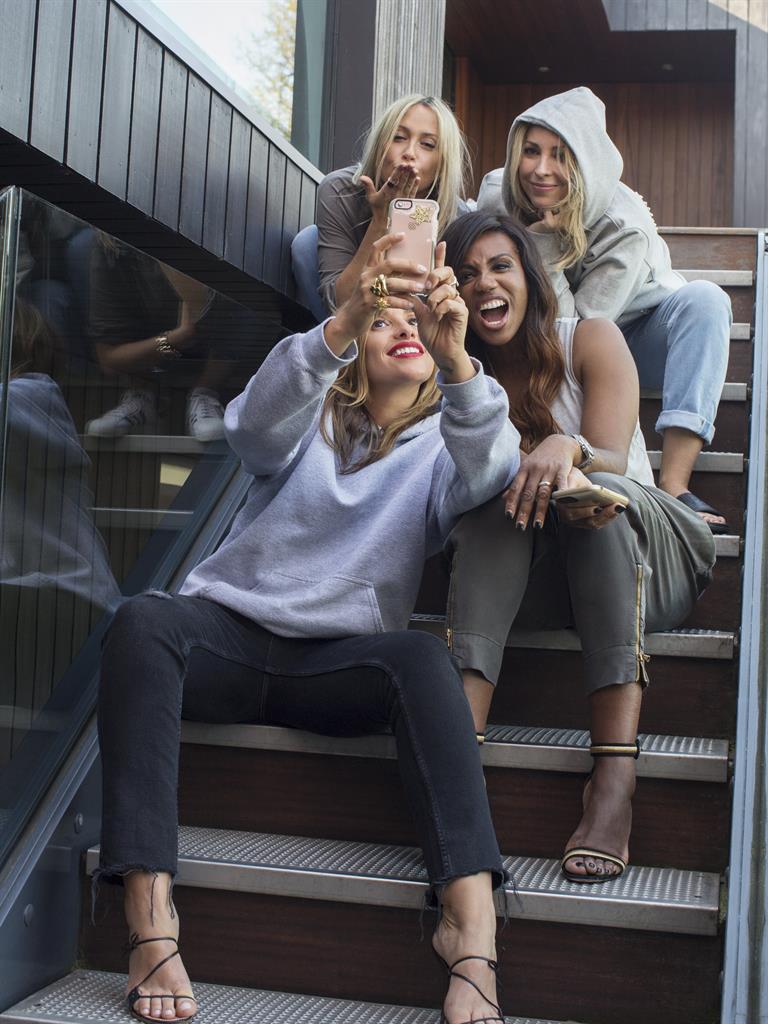 The mum-of-two told how the band’s offspring join their tour bus whenever they can. ‘Sometimes a show falls in the holidays and the kids can come along to those that aren’t too far away,’ she said. ‘Or they come on the bus and we can just juggle and work the whole thing out.

‘Obviously, they love it and we love it,’ she added, but then quipped: ‘When we are on the road during school time, I’m sometimes quite happy to run off!’

Back with a new album, Testament, All Saints are Natalie Appleton, 45, her sister Nicole, 43, and Melanie Blatt, also 43. Natalie is married to The Prodigy’s Liam Howlett, while Nicole was wed to Liam Gallagher — until he cheated on her.

Shaznay says there are no regrets about All Saints’ split in the noughties.

‘I don’t have any problems with letting things out and being honest,’ she added.

‘I don’t think it’s healthy to live with regret. We had to go through everything we went through to get to this point.’

PREVIOUSAngela Bassett: I’m 59… do they expect me to look broken down?