STRICTLY Come Dancing contestants are dropping like flies — and we don’t mean they’re tripping over their toes on the dance floor. Yesterday, The Sun revealed that, as well as Mollie King’s partner AJ Pritchard being struck down by a sick bug, three other pairings are now in jeopardy. Sunday Brunch host Simon Rimmer has hurt his leg; Gemma Atkinson’s partner Alijaz Skorjanec jiggered his neck while jiving; and now Susan Calman has the sneezles. It’s not known yet who will be fit enough to perform on Saturday. As an insider told The Sun: ‘It’s been a hell of a week. It’s as though half have been hit by a Halloween curse.’ 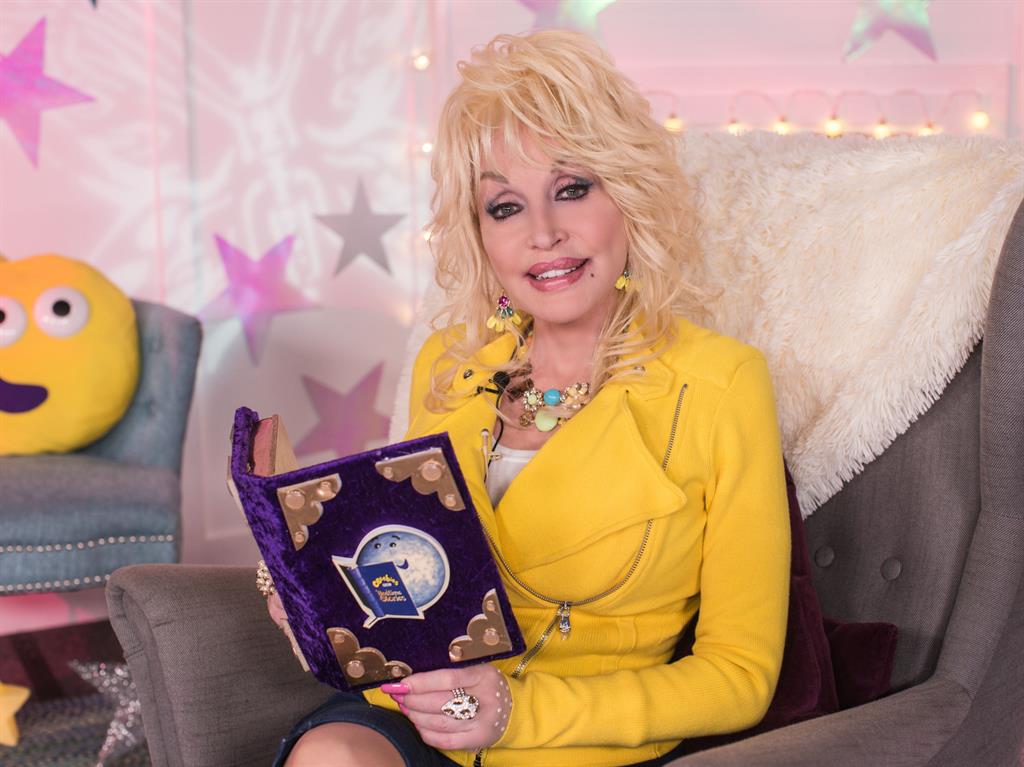 Once upon a Parton

DOLLY PARTON has become the latest big name to read a CBeebies bedtime story. The show that aims to lull little ones to sleep has been attracting A-listers for a while now, with Tom Hardy, Suranne Jones, Captain America’s Chris Evans, David Tennant and even The Hoff all lending their voices. On Wednesday, Dolly did her bit for exhausted parents everywhere by turning her southern drawl to Louise Yates’ award-winning Dog (or should that be dawg?) Loves Books. If you’re interested, you can still catch it on BBC iPlayer. 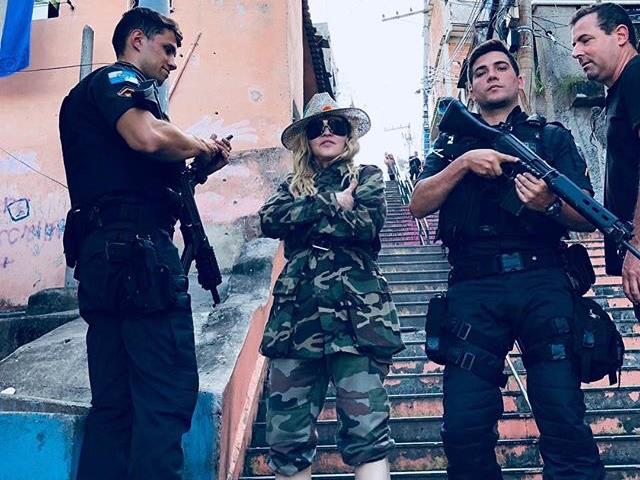 Is Madge favela-ing a laugh?

MADONNA has come in for some criticism after posing for a light-hearted picture while wearing combat gear in a ‘war zone’. The queen of pop has been visiting Brazil this week for her manager Guy Oseary’s wedding, but while she was there she stopped by a favela and had her picture taken. Some commenters objected, however, because, as one put it, ‘that’s a war zone in which people die every day, not a tourist spot’, adding: ‘You’re sending a bad message.’ To be fair to Madge, she was there visiting a community centre created by her street artist pal JR. 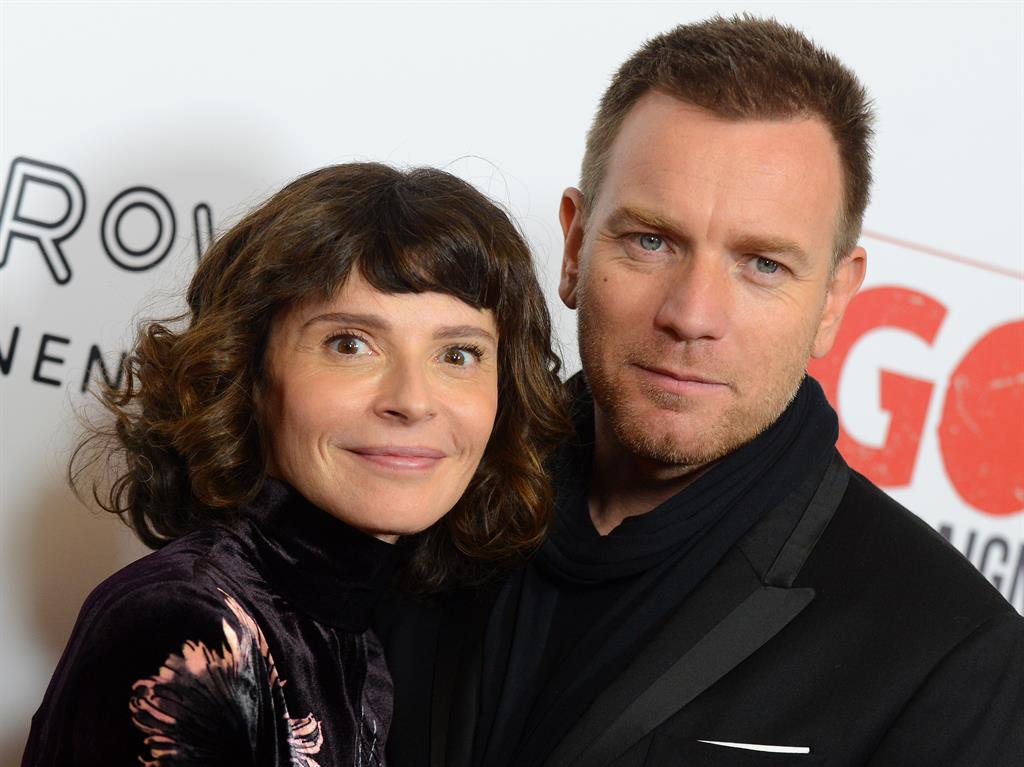 Ewan some, you lose some

SAD news on the relationship front for Ewan McGregor and his wife Eve Mavrakis, who have reportedly split after 22 years. The news comes after Ewan was said to have been spotted kissing his Fargo co-star Mary Elizabeth Winstead in a London restaurant. To add to the family’s woes, their dog Sid was fighting for his life after being hit by a car this week. The couple have four children together: Clara, 21, Esther, 15, Anouk, 6 and adopted daughter Jamyan, 16. 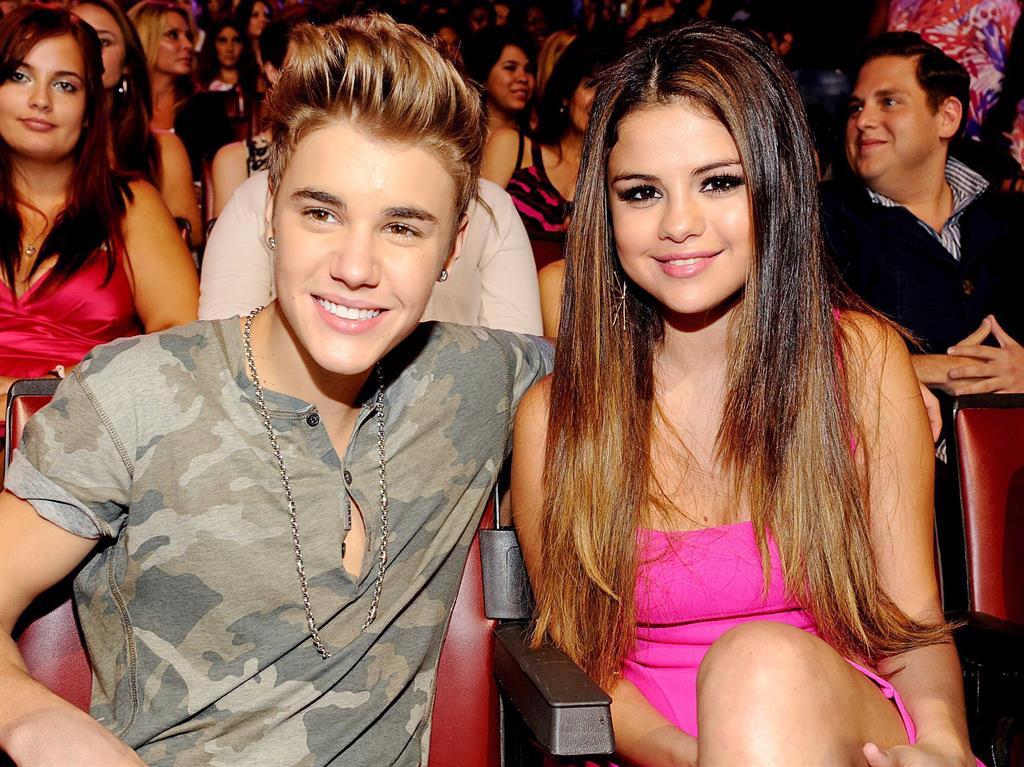 JUSTIN BIEBER and his ex Selena Gomez have been ‘hanging out’ together again recently, leading some to speculate whether their on-off thing is back on. But Selena’s current squeeze The Weeknd isn’t worried. An insider told E! News he was ‘well aware’ the former lovebirds have been spending time together, adding that once he’s back from touring ‘you will likely see them all out’. The news of a Jelena reconciliation is something of a surprise since the pair seemed to fall out last year over comments made online about Justin’s then girlfriend Sofia Richie.