ANGELINA JOLIE broke her silence over her split from Brad Pitt in an interview with Vanity Fair this week, revealing that she ‘cried in the shower’ about it and had suffered Bell’s palsy, causing one side of her face to droop. ‘Things got bad’ between the pair last summer, she revealed, when she was in post-production with her latest film, adding that she and the couple’s six children are ‘all just healing from the events that led to the filing’. Angelina faced a backlash today, however, over tactics her casting directors used to find child actors for her film. They reportedly put money in front of children from deprived backgrounds, asked them to think what they needed it for then snatch it away. Some branded this a ‘cruel psychological game’, while others pointed out it was Jolie’s producers who were to blame. 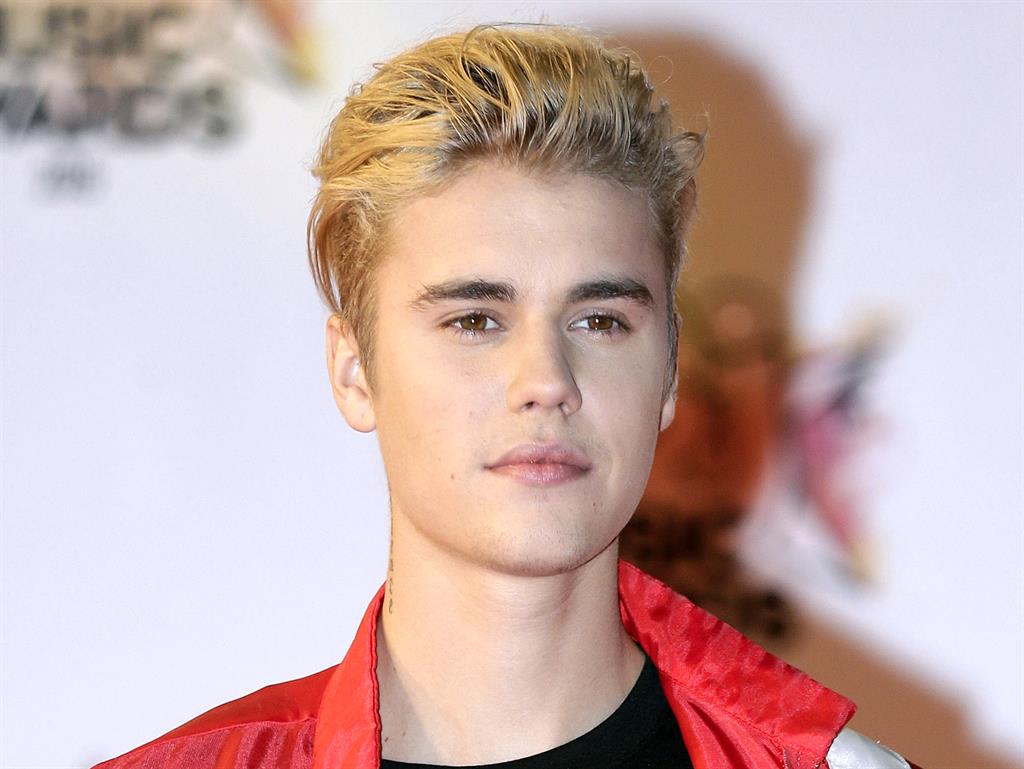 JUSTIN BIEBER has also had a rough week, first calling off his Purpose tour amid rumours of poor ticket sales then ploughing into a paparazzo in his pick-up. Justin’s official reason for taking a break was ‘unforeseen circumstances’, but there were several indicators that he wants to focus on his faith. First he told reporters: ‘I’m sorry for anyone who feels, like, disappointed or betrayed, it’s not in my heart or anything and have a blessed day.’ Then his manager Scooter Braun released a statement saying Biebs’ ‘soul and well being’ were his top priority, and a bizarre video emerged of Bieber on stage brushing his teeth at a religious convention. To top it all off, Biebs injured the photographer after attending a church service. One reporter speculated that Justin just wants to ‘reconnect with his faith’, adding that ‘he may be even planning to start his own church’. 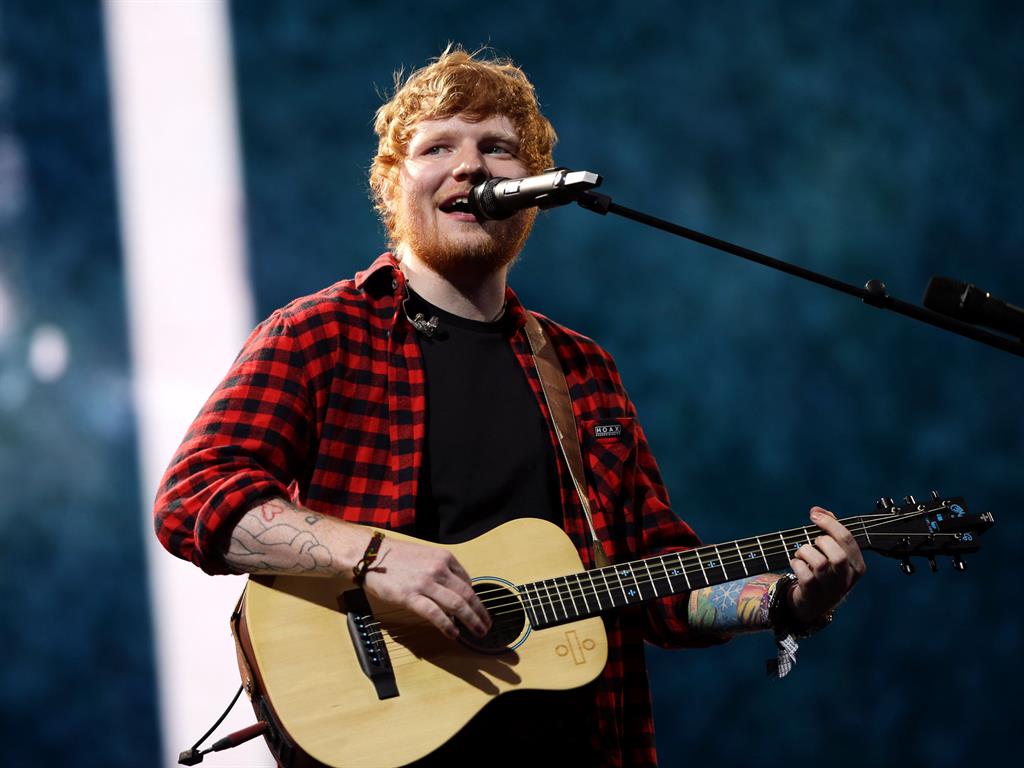 ED SHEERAN and his buddy Stormzy have barely been out of the headlines this week. First the grime star robustly defended his collaboration with the Shape Of You crooner when one fan begged him not to play the track during his Australian tour. ‘F*** you we doing shape of you remix twice just for that,’ Stormzy defiantly tweeted back. Then when news broke yesterday that both lads had been nominated for the Mercury Prize, Stormzy was ‘over the moon’ while Ed sounded a more low-key note, saying he was ‘aware I won’t win, but to be put on the shortlist is a real honour’. Ed did manage to cheer up a bit towards the end of his Instagram post, saying that the news ‘makes both 26 year old me and 13 year old me very happy’. 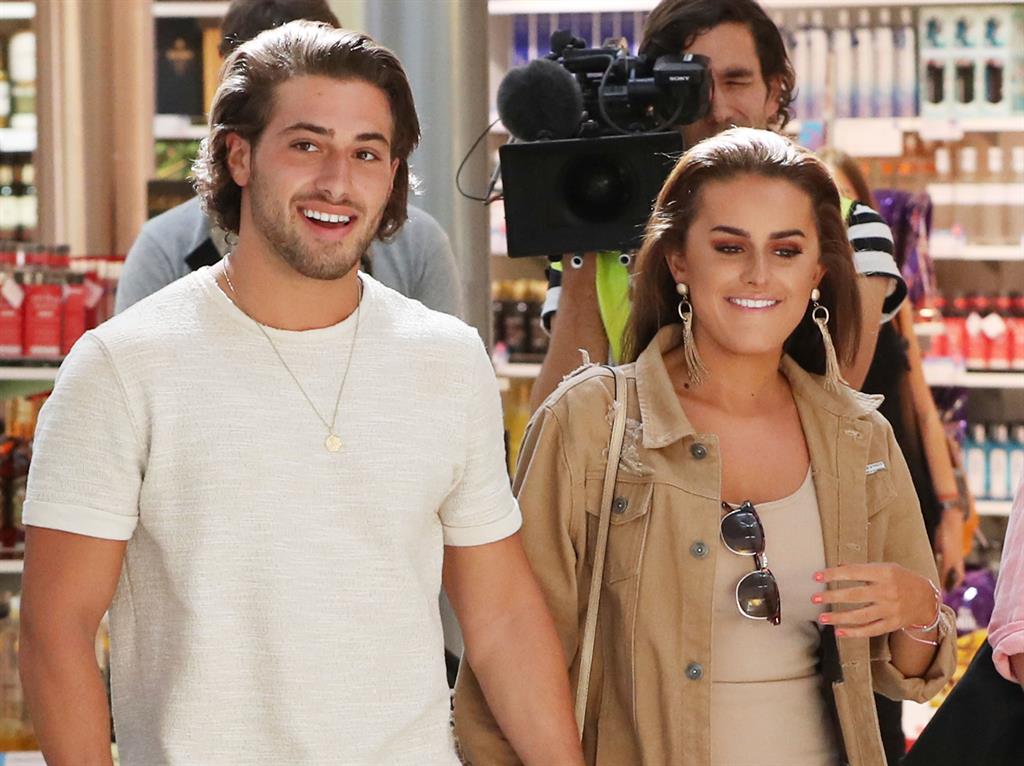 THE most talked about show of the year came to an end on Monday, with rap wannabe Kem Cetinay and his ‘future wife’ Amber Davies crowned Love Island’s king and queen. Since jetting back from the Majorcan villa, Kem, Amber and the three other couples — Camilla Thurlow and Jamie Jewitt, Chris Hughes and Olivia Attwood, Marcel Somerville and Gabby Allen — have all been busy getting to know their other halves back in the real world. Olivia visited Chris down on the farm, Marcel visited his ‘#scousewife’ in Liverpool, Camilla and Jamie went a few rounds at rounders, and Kem introduced Amber to her real love rival — his giant bear, Nelson. Let’s see how they’re all getting on come Sunday’s reunion show… 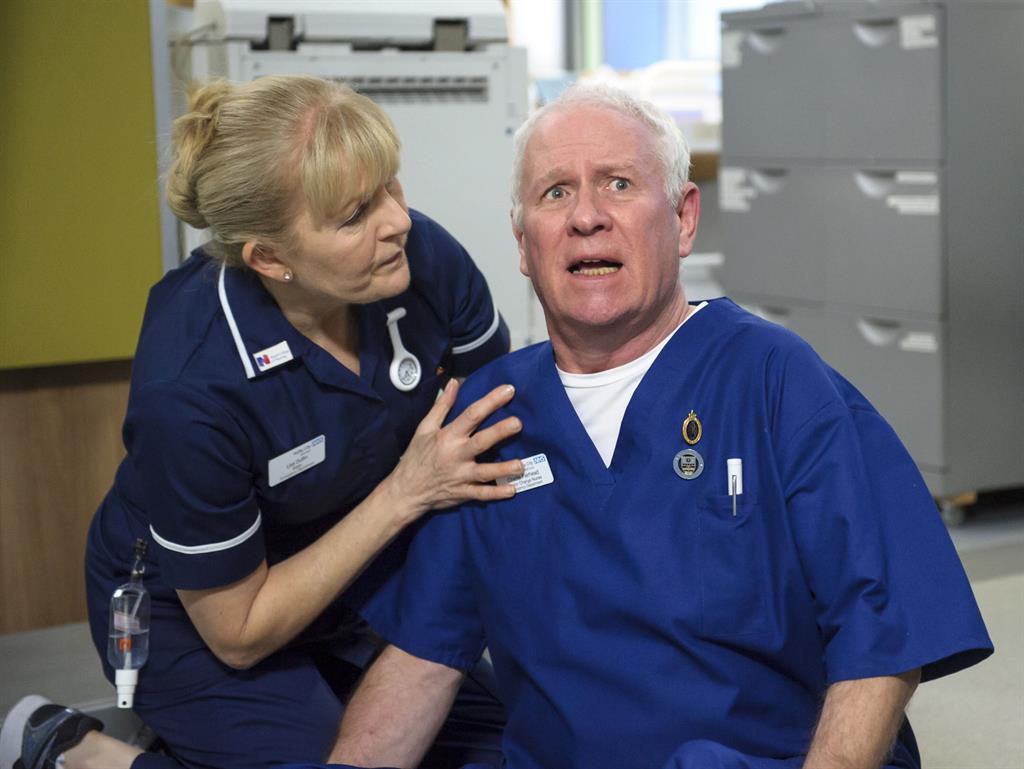 CASUALTY actor Tom Chambers made an unwise foray into the BBC pay row when he tried to defend the £350k-£399k salary of co-star Derek Thompson (aka nurse Charlie Fairhead). Speaking to The Sun, Tom unwittingly sparked a backlash when he pointed out that, ‘many men’s salaries aren’t just for them, it’s for their wife and children, too’. Many objected to the implication that men are the breadwinners, with one critic pointing out: ‘What about those women who are sole earners in the household?’ Poor Tom quickly moved to correct the impression he had given, saying he was ‘mortified’ and that his comments had ‘been taken out of context’. He added: ‘I truly believe that change needs to happen.’ Just as the row was dying down, another Casualty actor — Cathy Shipton (aka Nurse Duffy) — piped up today to say Derek was ‘worth every penny’.