Fans call for Eamonn Holmes to replace Piers on GMB

The breakfast TV legend has joined the presenting team for four days over the Easter period while Morgan and Susanna Reid take a break.

The broadcaster, who hosted Good Morning Britain’s predecessor GMTV for 12 years, reunited with his past on-screen co-hosts Kate Garraway (pictured above) and Charlotte Hawkins from Sky News Sunrise, which he presented for 11 years until last year.

However, the 57-year-old joked that his wife Ruth Langsford was not impressed with his alarm clock going off at around 2.40am. 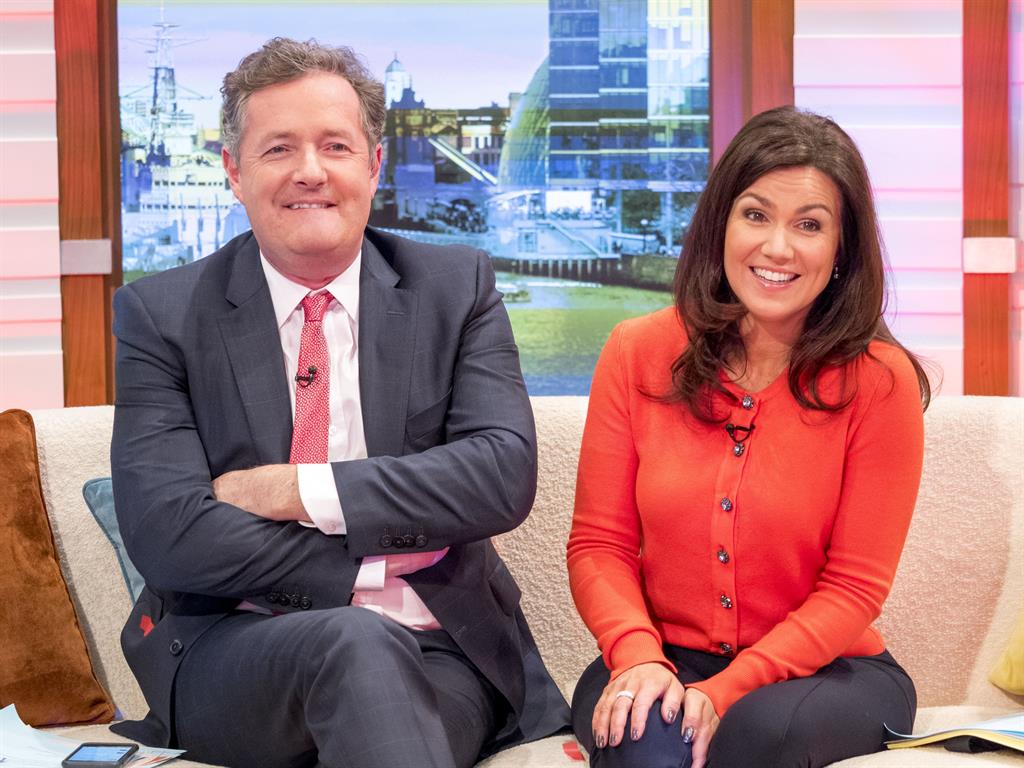 Those watching the programme took to Twitter to share their delight at seeing Holmes back on breakfast TV, with presenter Dominic Littlewood among those calling for him to become a regular.

He wrote: ‘What a pleasure to see @EamonnHolmes back on @GMB Please stay!’

It was a busy working day for Holmes as he later appeared on ITV’s This Morning along with Langsford, the two filling in for regular presenters Phillip Schofield and Holly Willoughby.

He will continue to present Good Morning Britain this week until Thursday.

PREVIOUSMaggie’s down on Downton film

NEXTKaty’s nobody to me, says Ryan