BRAND new pictures of Cheryl making her much-anticipated return to The X Factor have emerged.

The 34-year-old, who quit the show back in 2015 to focus on her music and starting a family, is back just months after giving birth to her son Bear with boyfriend former One Directioner Liam Payne — and she’s looking stunning.

The newly released pics show the old sparks fly between Cheryl and show creator Simon Cowell as she joined him in the south of France to help choose the top three groups to take forward to the live shows.

And the former Girls Aloud singer isn’t the only one enjoying a jetset lifestyle at the moment as the Judges’ Houses stage of the ITV contest sees the remaining 24 hopefuls fly to various exotic locations.

Enjoying the sun in South Africa is Pussycat Doll Nicole Scherzinger, who will be assessing the talent of the overs team with grime star Stormzy.

Meanwhile, Sharon Osbourne is getting some help judging the ladies from her kids Jack and Kelly in San Francisco.

And Louis Walsh will be putting the chaps through their paces in Istanbul alongside singer-songwriter Mika.

Cheryl’s return was first teased in a trailer after Sunday night’s show, in which Simon mocked her choice of baby name. But other than that the pair seemed to be back to BFF status.

So… sun, sea, singing and Chezza, Shazza and Simon Cowell — what more could X fans want? Well, there’s a new lippy too… 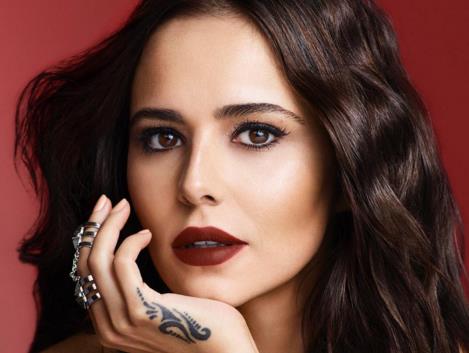 Posting a picture yesterday of her ‘favourite @lorealmakeup look, Burgundy, created by me’, it’s clear Cheryl has been no slouch while on maternity leave.

PREVIOUSShy gal RiRi in the pink at being so street