FKA TWIGS’ surprise romance with Hollywood reprobate Shia LaBeouf looks to be up and running after the new lovers went for a jog, hours after confirming their romance.

The pair were spotted in a park near the 30-year-old British singer’s £1.4million home in east London after pals revealed that their affair is going swimmingly.

‘They are very happy, having a nice time,’ said one pal.

The singer and LaBeouf, 32 are said to have met while filming family drama Honey Boy earlier this year. 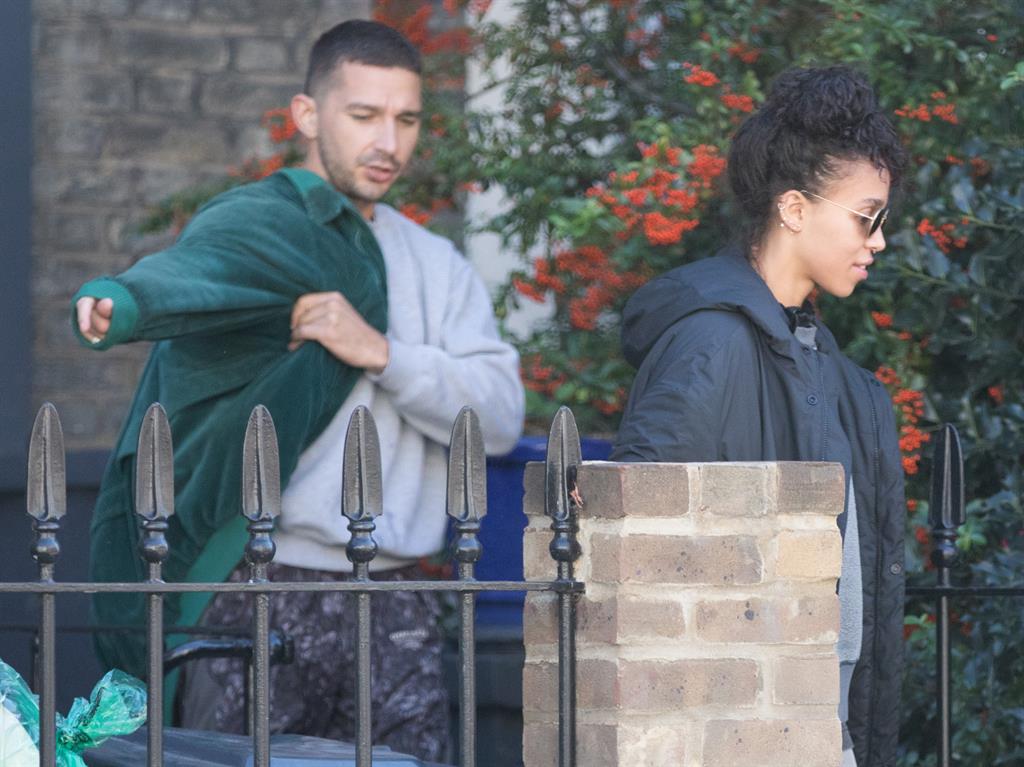 Their fling emerged hours after the Borg Vs McEnroe actor announced his two-year marriage to British actress Mia Goth, 24, is over.

A statement read: ‘Shia and Mia have filed for divorce. The separation is amicable and all details pertaining to the divorce proceedings will remain private.’

LaBeouf has become notorious for his drunken arrests and has been in rehab to tackle his boozing.