THEIR love may last forever but Dani Dyer and Jack Fincham’s eight weeks in the Love Island bubble came to an abrupt end yesterday as they flew back to the UK on a delayed Ryanair flight.

The winning couple — who bagged nearly 80 per cent of viewer votes — slumped on the floor of Palma airport with their fellow contestants as they waited to leave Majorca.

But the 1hr 20min hold-up, caused by a thunderstorm at Stansted airport, at least gave the islanders a chance to catch up on social media after being stripped of their phones for the show.

Dani found out she has acquired 2.2million Instagram followers — more than double her EastEnders star dad Danny’s tally of 1million.

The 22-year-old thanked fans for their support, posting: ‘Thankyou Thankyou so so so much!!!!!! Can’t believe we are the winners. Means the world to us and more. Love you for all the support words can’t describe how we are feeling.’

Some of the islanders travelled home with hangovers after Tuesday night’s live final on ITV2 was followed by a raucous celebration.

But Dani and Jack, 26, still felt up to a glass of bubbly on the plane before the group were greeted by welcome parties of friends and family at Stansted.

The two winners — who stayed together throughout the series — secured the votes of 79.66 per cent of viewers in the final, watched by an audience of 3.6million.

Runners-up Laura Anderson and Paul Knops managed 8.43 per cent, with Josh Denzel and Kazimir Crossley on 6.05 per cent and Wes Nelson and Megan Barton Hanson on 5.86 per cent. 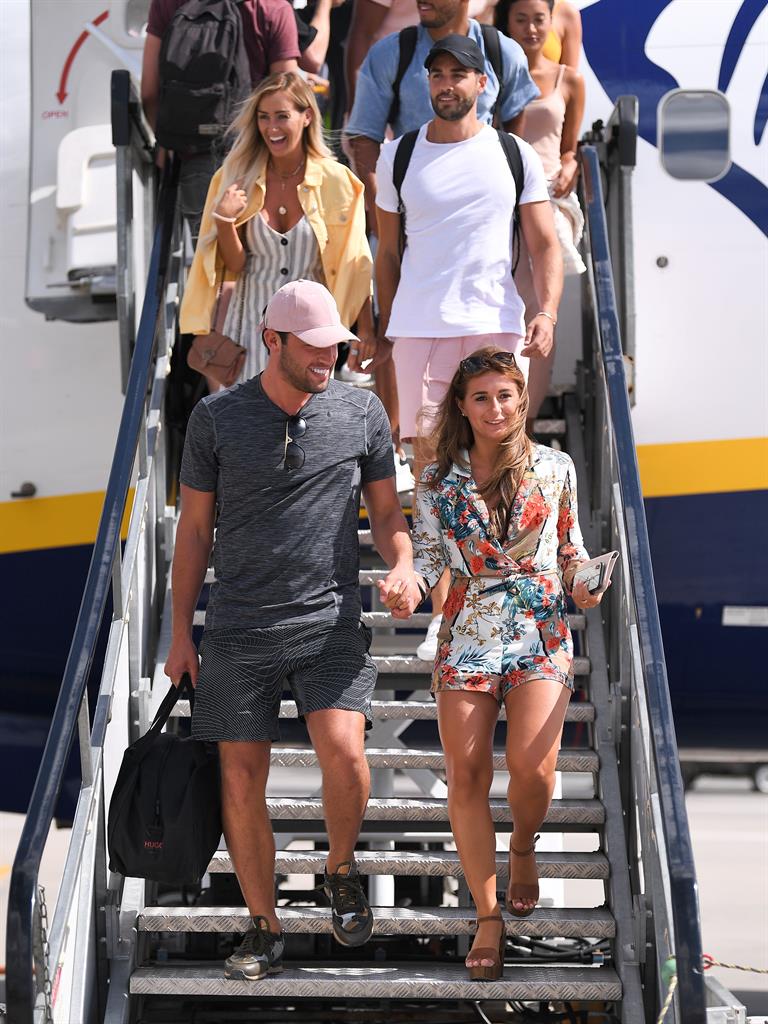 When viewers voted earlier in the series to decide who should stay in the villa, Dani and Jack won more than half the votes on all but one occasion.

That was on July 13, when they still came top on 47.1 per cent despite strong support for newly formed couple Alex George and Alexandra Cane.

Essex girl Dani and pen salesman Jack, from Kent, are tipped to cash in further on their huge popularity after splitting the £50,000 winners’ prize.

Publicist Mark Borkowski said companies might pay them up to £100,000 per social media post to endorse products. ‘Make no mistake, Dani and Jack will be able to monetise their fame — and many of the others will,’ he said.

He added the islanders need to stay in the limelight to rake it in long term. ‘This is the beginning of their journey,’ he said. ‘Can they maintain that fame?’

PREVIOUSKim Kardashian: I was naked when Donald Trump called me