NEWLY single Love Island winner Kem Cetinay struggled to keep his cool as he took his first public steps into the rink for next year’s series of Dancing On Ice.

‘The ice is cold, very cold, not going to lie, but we’re getting there,’ joked Kem, who announced his split from Love Island partner Amber Davies just a fortnight ago.

‘The [training] penguin is always going to be part of my life, it’s never going to go, but I’ve got to learn to walk on my own,’ he added.

His partner Alex Murphy diplomatically described his technique on the ice as ‘a little nerve-racking at times’.

At least Kem and presenter Phillip Schofield plus the judges (below) — Ashley Banjo, Jason Gardiner, Jayne Torvill and Christopher Dean — had a bit more covering than the scantily clad ladies, who braved the chilly December air in skimpy sparkling white costumes ahead of the ITV show’s hotly-anticipated comeback. 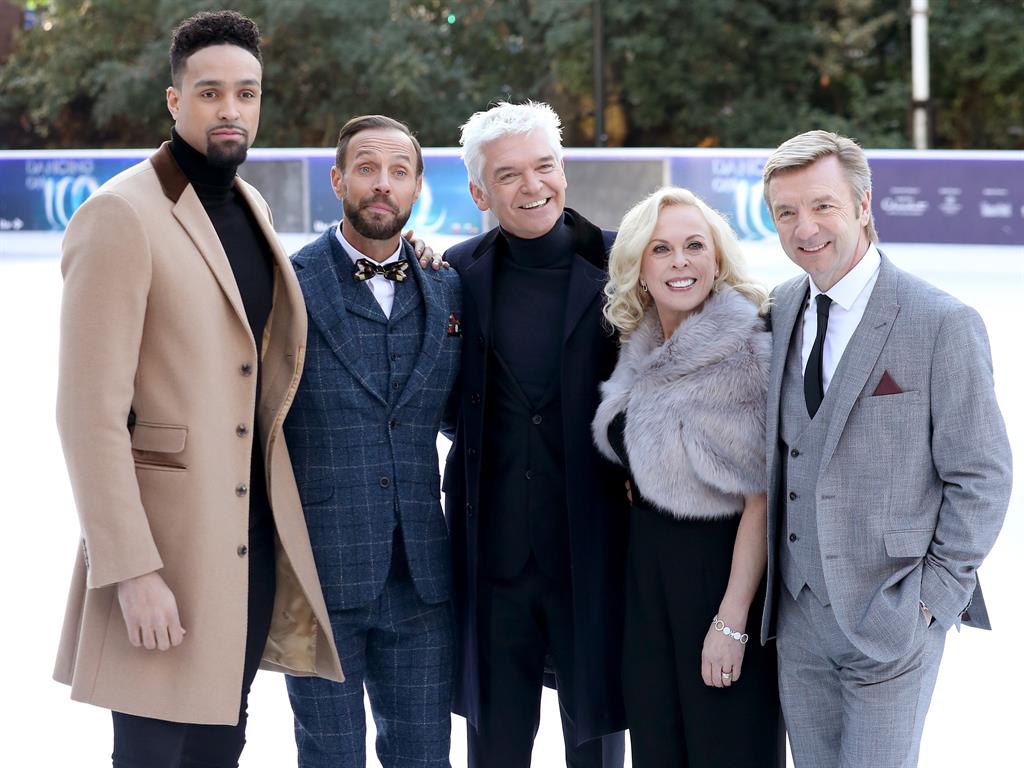 But Cheryl had a novel solution to the cold and any potentially painful falls on the ice.

‘I’ve got an Aga at home and you get these pads that you put on to the stainless steel tops to prevent them from scratching. So I’ve taken them off and I shove them down my knickers,’ she revealed.

And recently engaged Candice and her partner Matt Evers joked about the awkward positions and ‘nice grabs’ involved in their training.

Evers quipped: ‘We got very personal very quickly and I had to reintroduce myself to her afterwards,’ while Brown replied: ‘It’s fine… nobody except everybody saw.’

PREVIOUSThe real Slim seedy! Where Eminem liked to lose himself