THE last time Katy Perry made a splash off the Italian coast she was being ferried about on a paddleboard by her naked ex-boyfriend Orlando Bloom.

A year later, returning to the Med to holiday as a single woman, the 32-year-old had no need for a kinky captain — thanks to her nifty jet-propelled bodyboard. 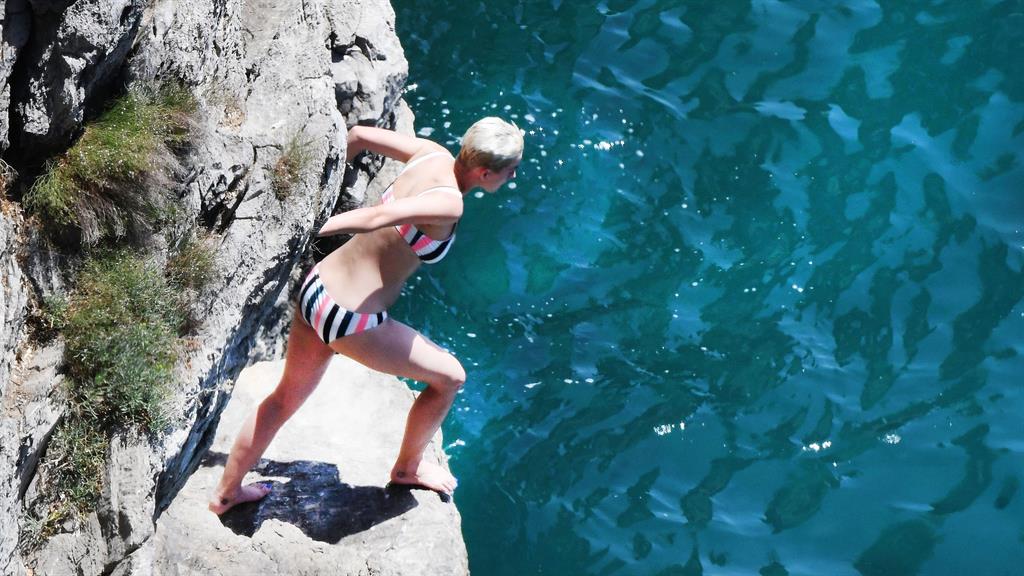 Katy, who recently explained that she just hadn’t been ‘in the mood’ to strip off alongside the Pirates Of The Caribbean star, stayed true to form, wearing a striped itsy-bitsy bikini.

The Witness singer also proved she didn’t need a nude man to keep her entertained as she leapt off rocks into the waves while hanging out with pals on her summer jaunt.

PREVIOUSYacht’s up? Ronaldo and co chill on deck