GOOD Morning Britain presenter Kate Garraway must be looking forward to the weekend — after her dress popped open this morning live on air.

To make matters worse, the mishap occurred during a formal interview with royal photographer Arthur Edwards about the Queen’s 91st birthday.

But it wasn’t as epic a disaster as fellow daytime TV host Judy Finnigan famously suffered when she picked up an National Television Awards in 2001 and exposed her whole bra.

Poor Kate just lost a button from the back of her on-trend mustard-coloured dress — but she clearly couldn’t get comfortable after the incident.

‘I must apologise for hoicking my dress up, but it’s burst. It has burst, I’m afraid,’ she said, adding ruefully: ‘You’d never get that with the Queen.’ 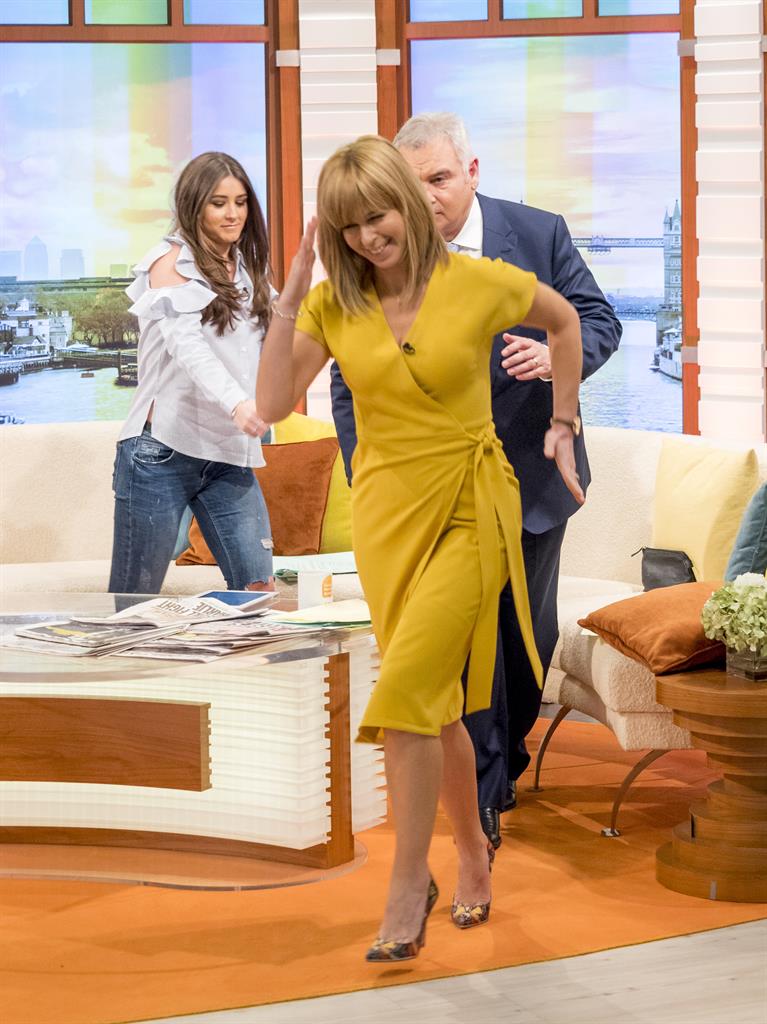 But Kate’s obvious embarrassment didn’t stop co-host Ben Shephard ribbing her about it.

‘That’s the problem if you wear a mustard doily,’ he said — to which Kate shot back: ‘You’re just laughing about my trauma.’

Later, it was revealed that a whole team had ‘swarmed’ to her aid as soon as the cameras were off.

And Kate reassured viewers: ‘I’m lashed in, I’m strapped back in. Don’t look too hard, it’s all taped to my back.’

PREVIOUSWhy my friend Ed is perfect for Vogue

NEXTWhy Posh would prefer to see Harper with barefaced chic…