GARY LINEKER has finally addressed claims that he ‘sh*gs crisps’. 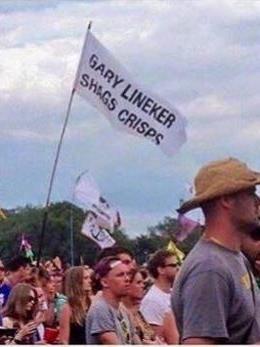 The former footy star and face of Walkers crisps spoke out to deny claims made on a Glastonbury Festival banner that he does the deed with the savoury snack.

Speaking to OK! Magazine, he said: ‘There was a big banner at Glastonbury once saying, “Gary Lineker sh*gs crisps,” but I honestly don’t.’

Clearly, he’s given the concept some thought, though, as he added: ‘I think they’d just crumble anyway.’