GARY Oldman struggled to hold back the tears as he took to the stage to receive his first Screen Actors Guild Award.

The Darkest Hour actor (pictured above) picked up his outstanding performance by a leading actor gong for his extraordinary turn as prime minister Winston Churchill — and it was clear he couldn’t believe his luck.

We can pinch you if you want, Gary, but you're not dreaming! #sagawards pic.twitter.com/2eXO9cOxz0

Describing his feelings, he admitted to being ‘very emotional’ as he received the ‘tremendous honour’.

And no wonder — Oldman has only ever received one SAG nomination before, for 2011 movie Tinker, Tailor, Soldier, Spy.

Speaking afterwards, Gary sounded sanguine: ‘My feeling is: enjoy the moment in the sun. It will eclipse, it always does, and it will be someone else standing up here next year. I’m enjoying it.’

Not everyone was pleased about his recognition, however, with some saying the award was shameful in light of past allegations of domestic abuse, while others took an opposite tack, joking that Darkest Hour had given them time for a much-needed nap.

Nevertheless, many are tipping Oldman for an Oscar after he also scored a Golden Globe for his Churchill performance.

While Gary may be on a roll, Dame Judi Dench was truly on a roll… 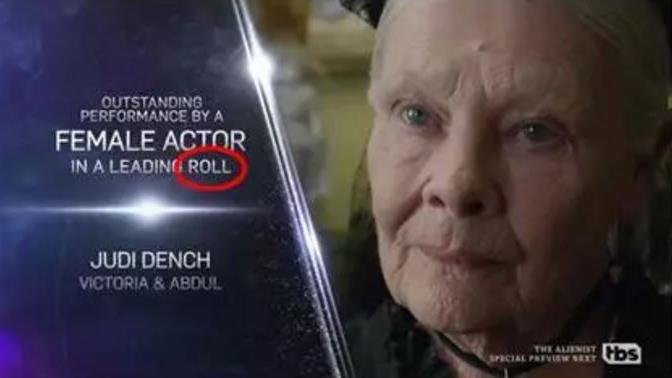 Eagle-eyed viewers noted that she had been nominated for a leading ‘roll’ — cue a series of bread-based puns.

‘Once again, she’s the toast of Hollywood,’ one wag wrote.

PREVIOUSIt locks like Rita Ora’s having a wild time