GEMMA ATKINSON and Gorka Marquez appear to have finally confirmed their romance — with a loved-up selfie.

The pair were rumoured to be dating during the last series of Strictly Come Dancing.

Now professional dancer Marquez, 27, who was partnered with Alexandra Burke on the 2017 series, has posted a snap of Atkinson, 33, wrapping her arms around him, on Instagram.

He captioned the image, in which soap star Atkinson nuzzles up to his cheek: ‘You say what?’

Fans wrote ‘At last you confirm it’ and ‘so happy for you both. And glad you can finally share your happiness’. 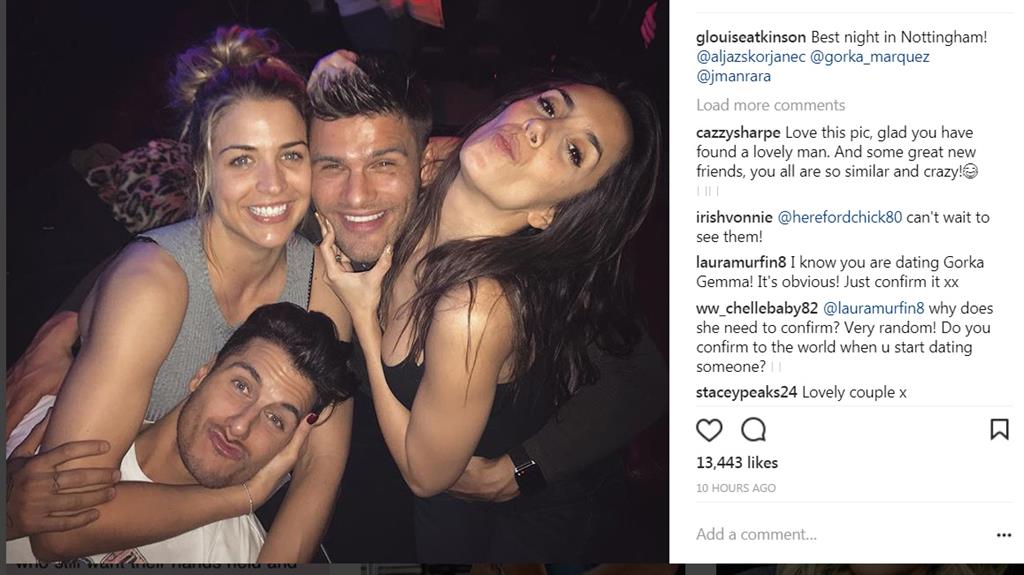 Atkinson also posted an image (above) of herself enjoying the night out in Nottingham with Marquez, as well as Aljaz Skorjanec — who was her dance partner on the show — and fellow professional dancer Janette Manrara.

Atkinson reached the final of the last Strictly series, alongside Alexandra Burke and Debbie McGee.

Joe McFadden beat off the competition to lift the trophy.

PREVIOUSGremlin-hit Justin Timberlake to Bowl in for UK dates

NEXTMichael B Jordan: Black Panther will show black kids they can be heroes