Getting down tu-whit… Drake’s latest tattoo

IN THE wake of finding out he has been nominated for seven Grammy Awards, a celebratory Drake shows off an enormous owl tattoo on his chest.

The rapper uploaded a video of himself shirtless in a swimming pool, sipping a drink and playing Smiley’s A Tape To Remember. ‘Last week I had nothing,’ the 32-year-old captioned his clip.

But what captured fans’ attention was the artwork — an owl is the symbol for Drake’s OVO Sound label — spanning his chest. Although the tattoo isn’t revealed in all its glory, a huge pair of wings can clearly be seen.

‘I didn’t know drake had an owl chest piece nice tho,’ tweeted one follower, while another said: ‘Dude drake I just want a clear view of the owl.’ 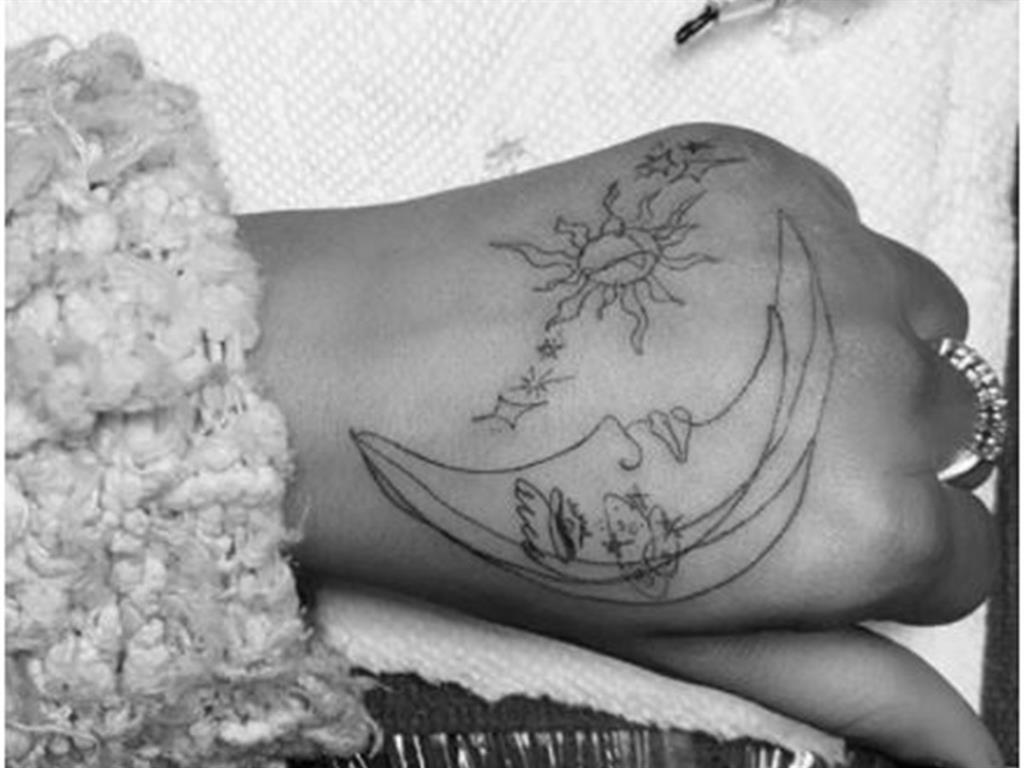 DRAKE isn’t the only one with a new inking… after winning Woman Of The Year at the Billboard Women In Music awards, Ariana Grande celebrated with a new tattoo.

The singer was accompanied by her 93-year-old grandmother, Marjorie, when she visited New York tattoo artist Mira Mariah after the ceremony.

Posting a snap of a large moon, sun and stars on her left hand, Ariana, 25, attracted more than 55,000 likes on Instagram. She also has a black heart tattoo on a left-hand finger to cover up the name of her ex-fiancé Pete Davidson.

PREVIOUSLauren Steadman’s out of Strictly as Ashley Roberts is saved

NEXTHarry-lujah! Redknapp is crowned king of the jungle