RIHANNA really should Take A Bow after stealing the show at the Grammy Awards.

The pop star raised the roof with a raunchy rendition of her hit Wild Thoughts.

Taking to the stage in a thigh-split pink frock, RiRi turned up the heat with a string of sexy moves at Madison Square Garden, New York, on Sunday.

And social media users were quick to praise the 29-year-old, with one girl fan exclaiming: ‘Rihanna always makes me deeply question my heterosexuality.’ 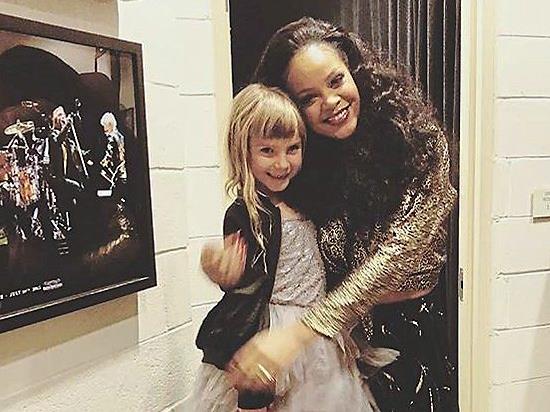 The chart-topper, who performed alongside DJ Khaled and Bryson Tiller, also added to her trophy cabinet.

Loyalty, her collaboration with Kendrick Lamar, won the gong for best rap performance.

‘I love this record and I’m honoured to do this with you,’ she told the 30-year-old rapper as they picked up the award — the tenth Grammy of her career.

RiRi later made a young fan’s night — as she posed for a snap with P!nk’s six-year-old daughter Willow.

Sharing the picture on Instagram, mum-of-two P!nk, 38, who also performed at the bash, wrote: ‘Dreams come true. My daughter lives for this woman. So do I.’