GWYNETH PALTROW went for subtlety at the Met Gala as she made a titanic climbdown on the red carpet following her previous vow to boycott the fashion bash forever.

Paltrow did her best to win as little attention as possible, wearing a simple hairstyle and an understated pink gown and leaving boyfriend Brad Falchuk at home for her first appearance at the event in four years.

Her shock attendance at the Metropolitan Museum of Art in New York came after she criticised the bash, organised by Vogue boss Anna Wintour. 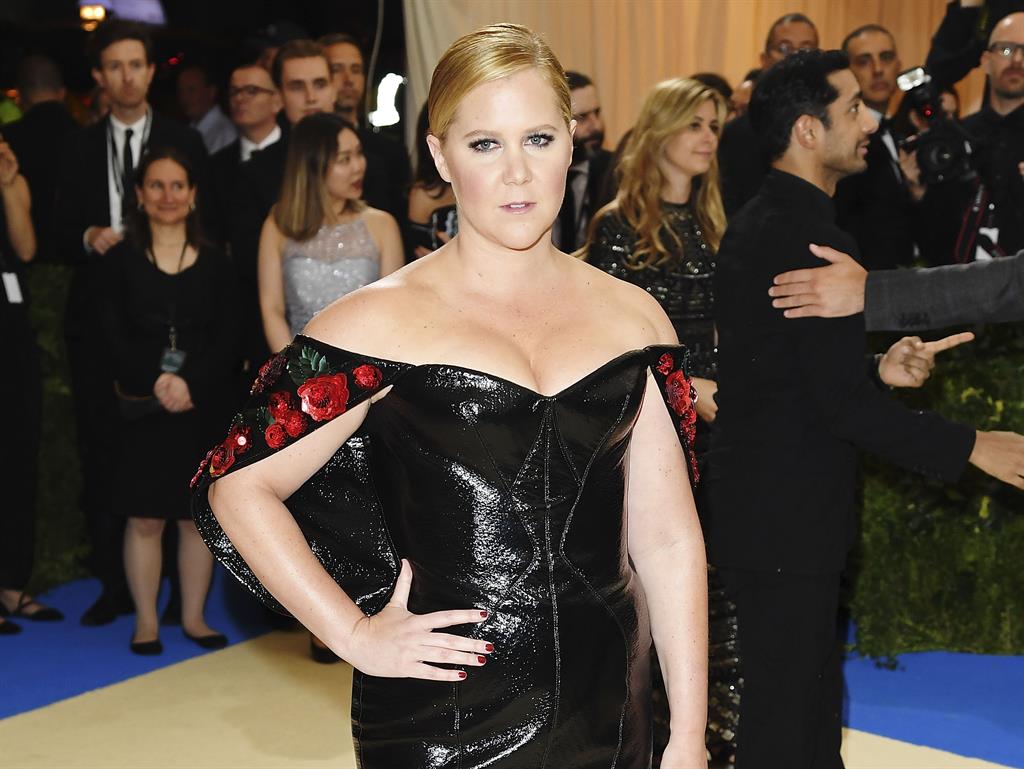 The Iron Man actress went on: ‘It sucked. You always think, “Oh my god, it’s going to be so glamorous and amazing and you’re going to see all of these people,” and then you get there and it’s so hot and everyone’s pushing you.’

Her change of heart came a few weeks after it was revealed Wintour has agreed to help Paltrow, 44, turn her controversial lifestyle blog Goop into a quarterly fancy magazine.

Another star forced to eat humble pie was comedian Amy Schumer, who also showed up — in a black sparkling off-the shoulder gown — despite trashing the event in the past. ‘It’s people doing an impression of having a conversation. I don’t like the farce,’ the Trainwreck, 35, star previously ranted.

She swore it was her last too, adding: ‘I have no interest in fashion. I got to meet Beyoncé. She was like, “Is this your first Met Gala?” And I was like, “It’s my last!”‘