HARRISON FORD and Mark Hamill have had a rare reunion — and the playful pair made the most of it by posting backstage piccies on Twitter. 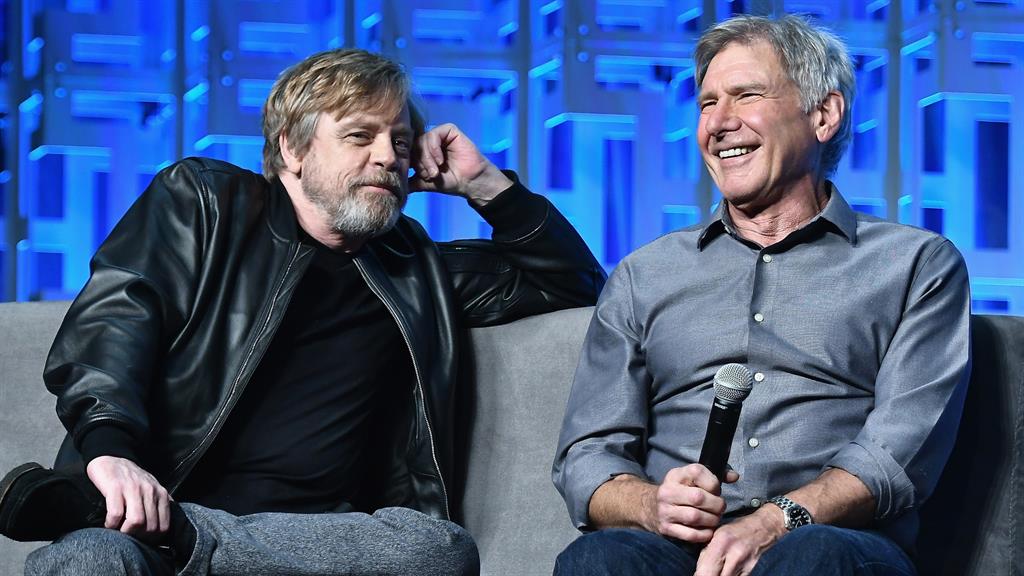 The Star Wars legends got together over the weekend for a special celebration of the franchise and, despite not sharing any scenes in either 2015’s Star Wars: The Force Awakens or the upcoming The Last Jedi, they’re clearly still quite matey.

Hamill, who hinted at the event that his character will ‘turn to the dark side’ in the new movie, initially posted a shot of the pair pointing at each other (top), before putting up another, helpfully captioned #HarrisonNotPointing. 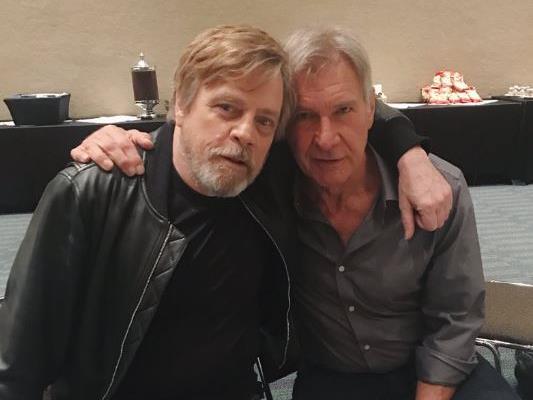 The guys were also reunited with another Star Wars favourite — Chewbacca actor Peter Mayhew and couldn’t resist a little banter. 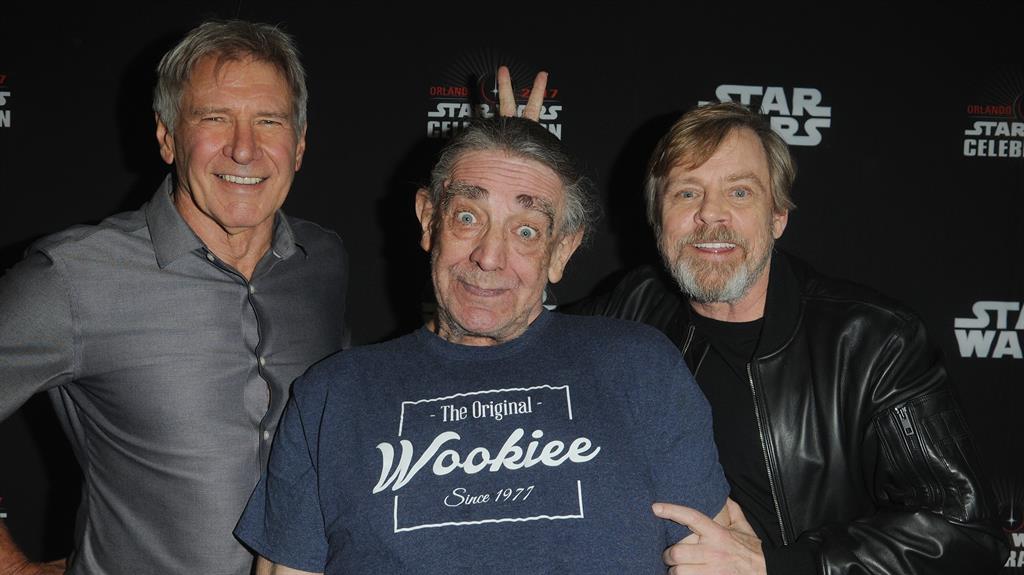 Star Wars: The Last Jedi is set for release on December 15

PREVIOUSMinaj slammed for showing ‘no shame’