WILD Horses wouldn’t make Harry Styles confirm that he is to play Rolling Stones frontman Mick Jagger in a new biopic — but the look on his face should be enough to give viewers some… Satisfaction.

During filming for The Graham Norton Show, the former One Direction singer, who recently debuted his first solo single, was asked a series of questions that he was only allowed to answer using various facial expressions. 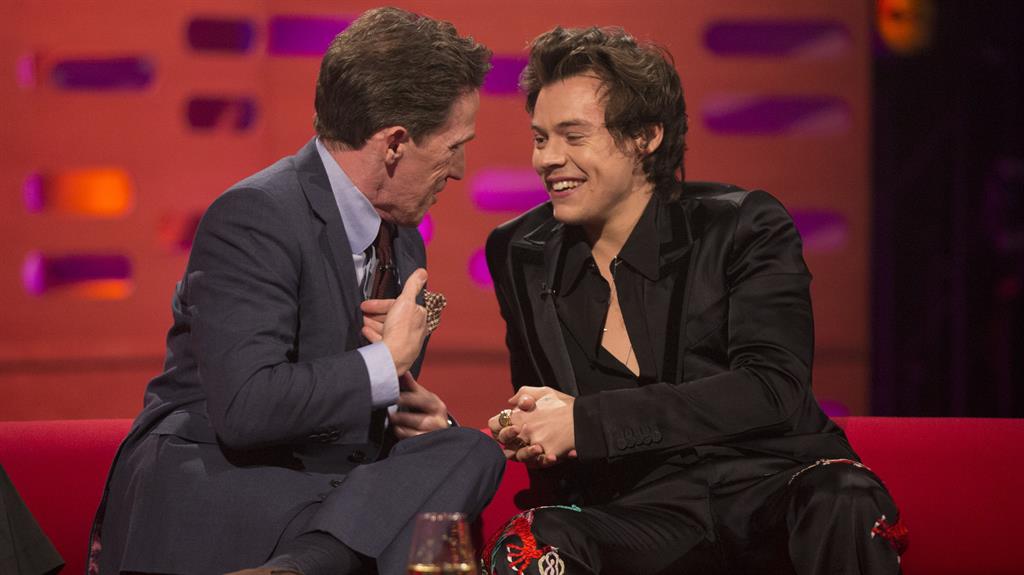 Hazza managed to keep a straight face as he was asked to confirm reports that he was working as an estate agent, eating dog and using sheep’s placenta as a moisturiser.

But when asked about the Rolling Stones role, he couldn’t resist smiling — which is all the proof some will need to confirm their suspicions.

Certainly, Styles has been getting some practice in for the part — as a rather impressive turn on Saturday Night Live shows.

Harry also appeared to confirm he was up for the part of Han Solo in the upcoming Star Wars prequel.

The Graham Norton Show airs on BBC One at 10.35pm tonight

PREVIOUSWhy Posh would prefer to see Harper with barefaced chic…