Has Sheeran already begun a life of Edded bliss?

ED SHEERAN may have found the Perfect way to keep a showbiz marriage ceremony under wraps.

The star sparked a frenzy of speculation yesterday after suggesting that he has already tied the knot with his fiancée, 26-year-old Cherry Seaborn.

When an Access reporter asked the star about his marriage plans by saying, ‘Have you picked a date? Do you know where?’ Sheeran remained tight-lipped before smiling and pointing to the silver ring he has been sporting on his left hand.

He giggled and said, ‘Yeah’, when the reporter told him: ‘That’s exciting.’ And, when asked how he ‘managed that’, the Shape Of You singer, 27, replied: ‘I never do anything too public anyway.’

The couple, who have been dating for three years, first met when they were at school together in Suffolk.

Sheeran announced the couple’s engagement in January, writing on Instagram: ‘Got myself a fiancée just before new year.

‘We are very happy and in love, and our cats are chuffed as well xx.’ 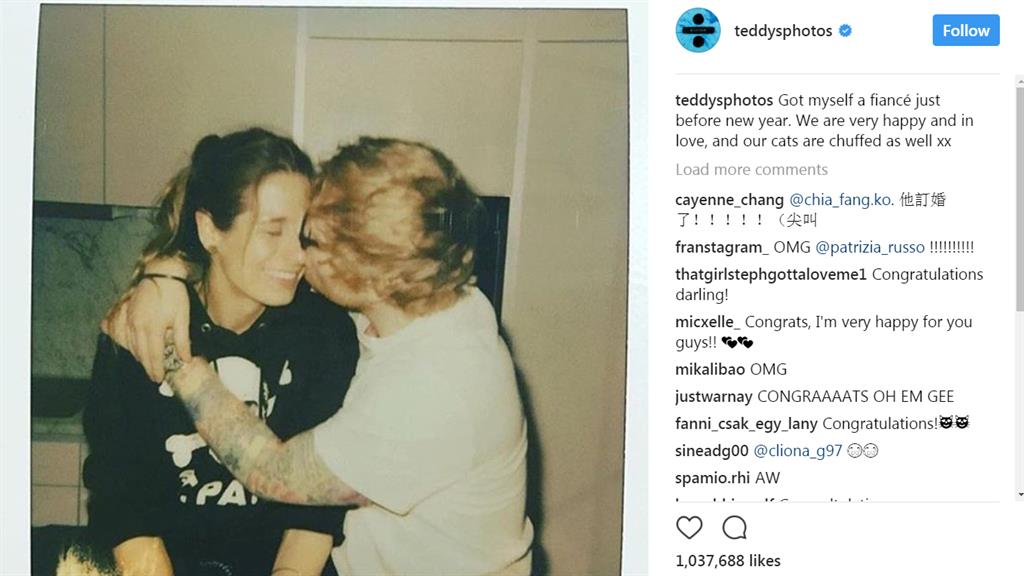 He was already wearing the same silver ring in February, when he found himself having to deny they had married already.

‘I’m not married,’ he told ITV’s breakfast show Good Morning Britain. ‘I’m just wearing an engagement ring… because I feel like you both should.’

PREVIOUSSacha Baron Cohen gets kicked into touch by cautious OJ