IT’S a good thing Rita Ora doesn’t have ticklish feet after her boyfriend kissed her toes during a romantic sunshine break.

The Girls singer and Andrew Watt were caught on camera while enjoying the sun in Tuscany, Italy, earlier this week. 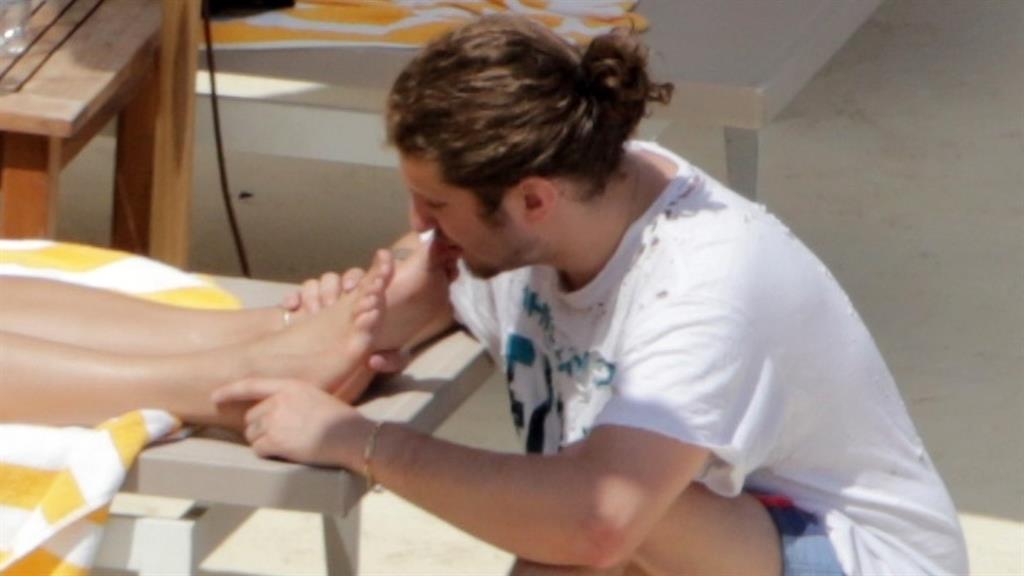 During their love show on the sand, the 27-year-old pop siren laid back on a sunlounger while the New York musician, also 27, tenderly sucked her toes and kissed her feet.

The scene was a throwback to the infamous incident in 1992 when the Duchess of York, Sarah Ferguson, was snapped topless on a sunbed in the south of France getting her toes sucked by US financier John Bryan. At the time she was married to Prince Andrew.