HOLLY WILLOUGHBY was unable to hold back tears as she heard from a brave mother talking about the devastating loss of her son from sepsis.

The mum-of-three was visibly upset as she heard from Melissa Mead about what a happy little boy he had been.

And Holly teared up as the grieving mother said how proud she was that ‘he chose me to be his mum.’

Ms Mead went on to explain how her loss had led her to campaign to raise awareness of the UK’s second biggest killer after 16 different opportunities were missed to save her son’s life because knowledge of the symptoms — even among medical professionals — is so poor.

As a result of her work, new mums will now receive information in their Bounty packs about the deadly killer.

And it was when Ms Mead started to talk about how proud she was of what her son’s death had achieved, that Holly again struggled to contain her emotions. 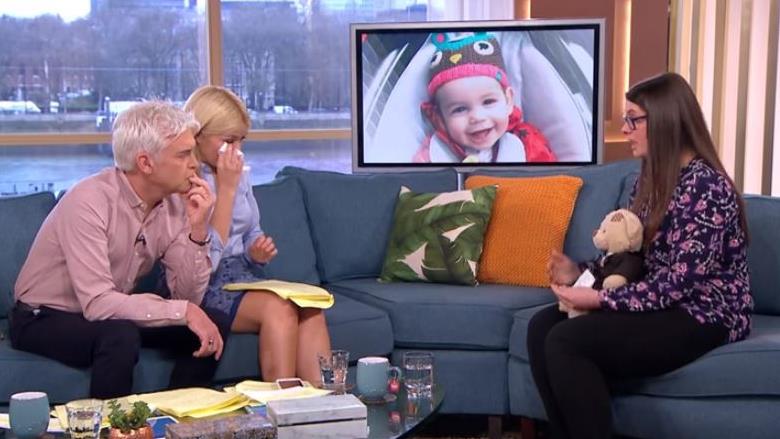 ‘I’m honoured to call him my son,’ Ms Mead said.

‘I’m incredibly proud of what we’ve been able to achieve in his name.

‘I don’t think there are many parents that can say that about their children.’

After the interview Ms Mead posted a picture of herself with Holly and her co-host Phillip Schofield, thanking them for helping her to publicise the risks. 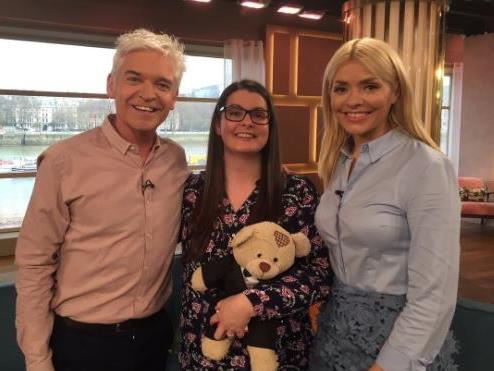 ‘Today @Schofe & @hollywills helped me share the importance of #sepsis awareness, ty @thismorning for having William and I on,’ she tweeted.

NEXTBrad Pitt’s in the wars again