DON’T be surprised if Holly Willoughby goes off on maternity leave before too long — the This Morning presenter could barely contain her broodiness on meeting the first-ever First Dates baby.

Standing with curly, dark-haired Aziza on her shoulder today, the mother of three looked ecstatic as she joked: ‘She’s never going back!’

And it wouldn’t be too much of a shock if Holly did decide to have a fourth child as last year she told The Sun: ‘I don’t want that area of my life to be over because it makes me sad to think I’d not be doing it again.’

She certainly had nothing but positive words to say about the cute three-week-old — whose name means ‘precious’ — today.

‘She’s so sweet, she’s so calm, she’s… just like a little dumpling,’ she gushed.

Aziza’s parents Aarron Stewart and Ibiba Mudada, who met on the Channel 4 dating show, admitted that the pregnancy had not been planned. 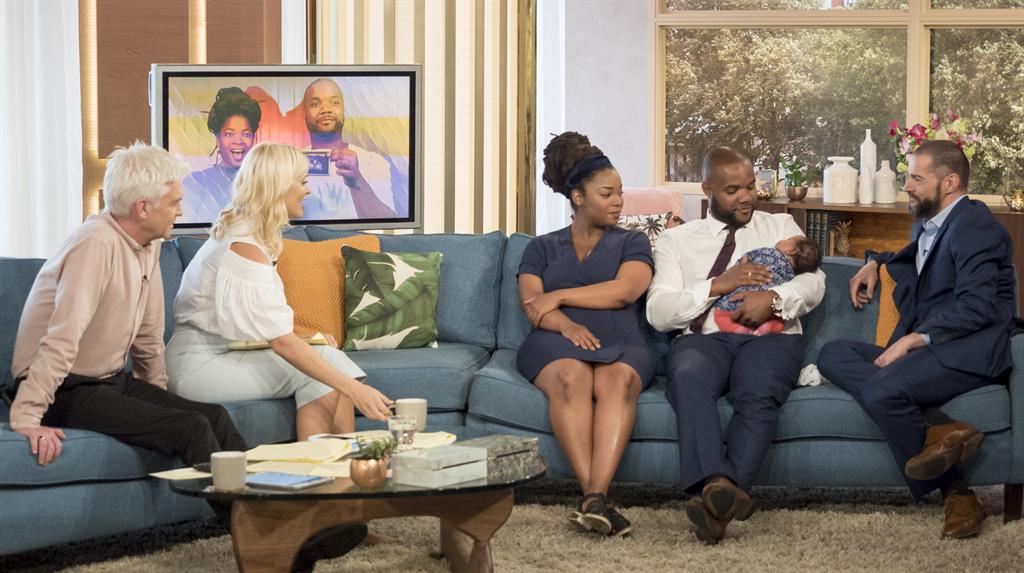 ‘When I told him, he was amazing. He was shocked, obviously, but he’s been the best support from the beginning,’ Ibiba said.

Aarron, who has two children from a previous relationship, also admitted he had previously been a ‘bit of a Jack the lad’.

But baby Aziza seems to have changed all that as he described ‘buying a home and getting married’ as the couple’s ‘next goals’.