ANT and Dec controversially won the best TV presenter gong at the National Television Awards in London last night for the 18th year in a row.

The Geordie duo won despite speculation Ant McPartlin’s fill-in on I’m A Celebrity, Get Me Out Of Here, Holly Willoughby, would end their reign.

Ant and Dec halted filming auditions for Britain’s Got Talent at the London Palladium to make a live video-link appearance at the O2 ceremony to accept their award. Ant, 43, thanked his partner for his ‘dedication’, and ‘being the best mate there is out there’. 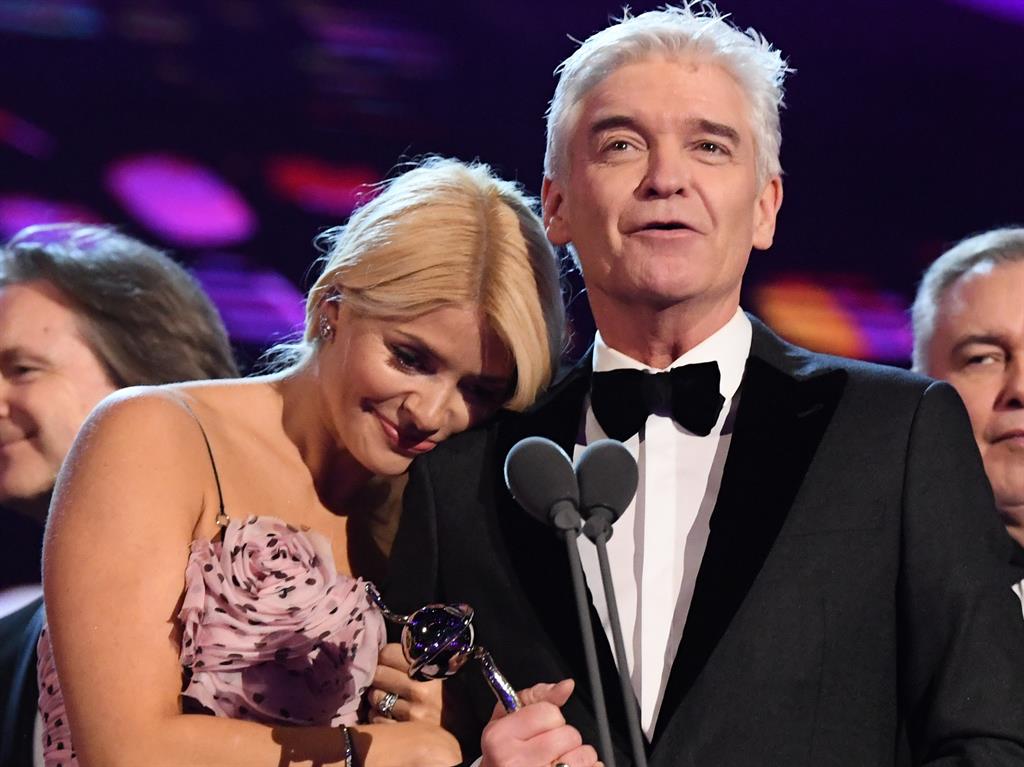 Dec said: ‘I’ve got him back now, and now we’re back together.’ Ant was largely off air last year after a drink-drive conviction and rehab.

‘I’m a very lucky lady to have you in my life,’ she told co-presenter Phillip Schofield after winning.

Stars at the awards included Good Morning Britain’s Susanna Reid, 48, who said before she arrived: ‘I’m desperate for a drink. If someone could prepare a nice, fresh lime margarita.’

I’m A Celebrity, Get Me Out Of Here!

Paul O’Grady: For The Love of Dogs

PREVIOUSSimon Cowell offered us £1m and we turned him down