HOLLY WILLOUGHBY received quite the farewell today as she prepared to jet off Down Under to co-present I’m A Celebrity… Get Me Out Of Here with Declan Donnelly.

The popular This Morning host posted two excitable snaps on Instagram today — one of a colourfully decorated chocolate cake with ‘Good Luck Down Under’ iced on it, the other of a video of her thumbing through a Lonely Planet guide to Australia.

The gifts were from celebrity pals Emma Bunton and Nicole Appleton — and Holly was all gratitude, captioning the cake one: ‘Mmmmmm yummy …. my girls know what I like… thank you beautiful ladies.’ 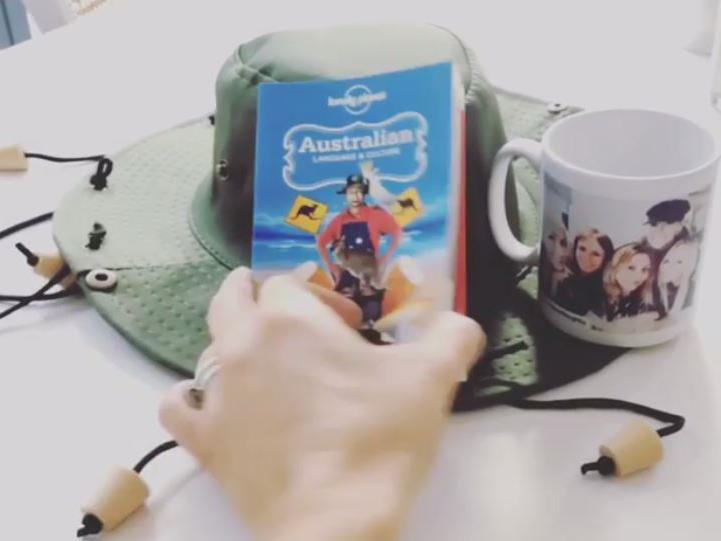 Game Holly has agreed to fill in for Dec’s long-term partner Ant McPartlin, after his conviction for drink driving earlier this year caused him to step down — despite her own well-publicised fears of jungle creepy-crawlies.

According to I’m A Celeb spin-off show presenter Joe Swash, Holly is helping out the lads with the best of intentions.

Speaking to the Mirror, he said: ‘She’s such good friends with the boys, and it’s someone doing them a favour, it’s not someone going in to try and enhance their career.

‘Holly’s so good at what she does, she’ll be amazing, and I’m looking forward to it.’

And Holly shouldn’t have to slum it too much as it’s been reported that, while the contestants will have to endure all manner of hardships — not to mention the often skin-crawling bushtucker trials — she will be put up in a £2k-a-night penthouse.

The five-star Palazzo Versace on Australia’s Gold Coast is just a short drive away from the I’m A Celeb filming location, but it couldn’t be more different, featuring as it does Versace furnishings and a private rooftop spa for Holly’s personal use.

It won’t quite be luxury all the way, however, as the mum of three will have some super-early starts and the kids are coming too, with hubby Dan Baldwin and her mum and dad also along for the ride.

I’m A Celebrity… is set to start on Sunday, November 18, live on ITV