Holly Willoughby’s been a ‘bad girl’

HOLLY Willoughby warned that she might have to present This Morning ‘with one eye shut’ as she and co-presenter Phillip Schofield battled hangovers after last night’s National Television Awards.

The pair famously got smashed and turned up to work still in their party wear without having had any shut-eye after the ceremony two years ago.

But despite winning the daytime TV award for the eighth time, Holly and Phil managed not to let their celebrations get in the way of their professionalism this time.

It was touch and go, however, as a message appeared at the start of the episode, joking that the presenters had not yet arrived to work and apologising for the ‘disruption’, adding that they were ‘working hard to fix the issue’. 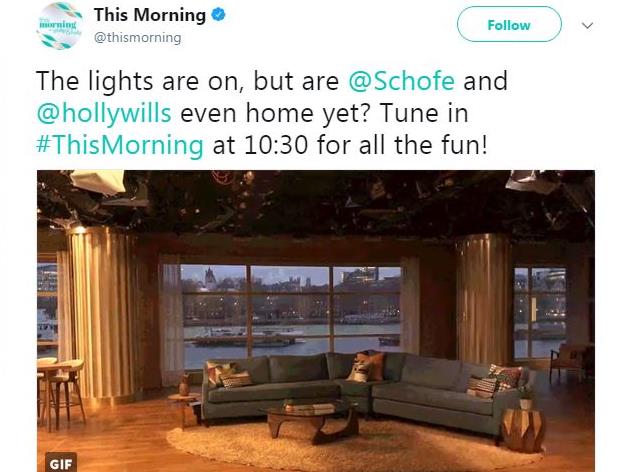 Moments later, Holly and Phil burst through the paper sign with their gong in hand, thanking viewers for their support.

They weren’t completely bright eyed and bushy tailed, however, with Holly admitting they ‘didn’t get much sleep’ and indicating she had a sore head by saying that she ‘might read the autocue with one eye shut’.

Phil wasn’t much better, saying: ‘My voice has gone down about an octave, but other than that I think we’re more or less intact.’

Trim Holly then revealed she already scoffed a full English breakfast and pizza to help her get through the show and eagerly grabbed a bacon sarnie offered to her by the show’s resident chef Phil Vickery.

Later, it all got a bit much for them both as they pretended to fall asleep on the This Morning sofa.

Also sharing his hangover woes this morning was The Chase’s Bradley Walsh, who lost out to Holly and Phil at the NTAs.

There were no hard feelings, though, as Holly posted a pic of the pair hugging at the do. 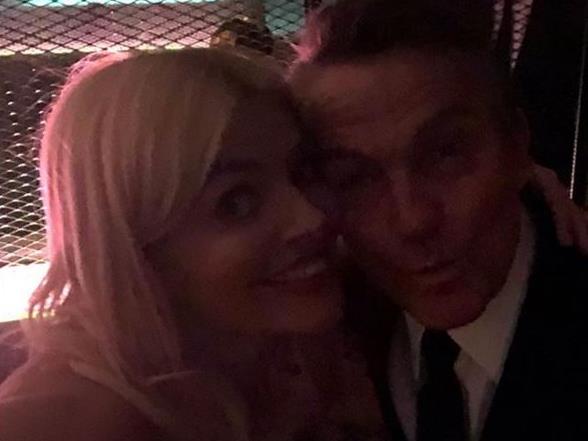 Poor Brad seemed to be having a similar problem to Holly, however, as only one of his eyes was open in his first ever Instagram post this morning. 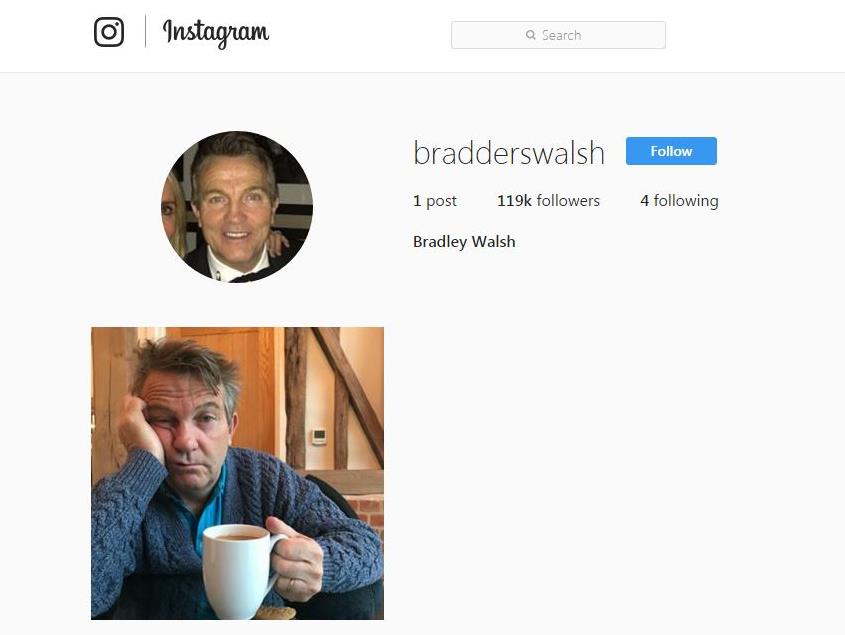 Looked distinctly jaded in cosy knitwear and sitting slumped in a chair clutching a mug of something hot, he captioned the shot: ‘Oh dear… woke up this morning with a headache and an Instagram account. @hollywilloughby bad girl!!!’