HOLLY WILLOUGHBY has upset some fans by posting pics of herself looking notably slimmer on her Instagram account.

The This Morning host, who regularly shares snaps of her daily look, wowed fans with two black, white and yellow ensembles on today’s and yesterday’s shows.

But plenty of people felt the need to comment negatively on her newly trim figure. 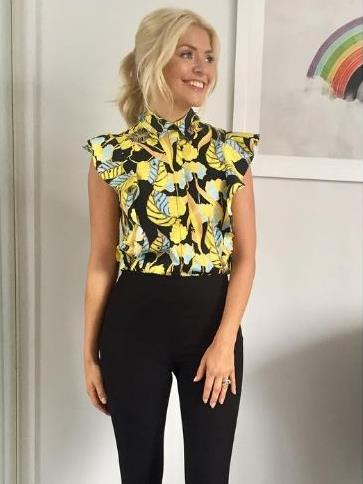 One posted: ‘I love you Holly, always been my girl crush, but where have your curves gone???’

Another wrote bluntly: ‘Christ where have [you] gone?’

The comments came after Loose Women’s Nadia Sawalha seemed to offend Holly yesterday during a video link between the two shows, by saying: ‘Holly Willoughby’s disappearing!’

Plenty of people have been happy to stand up for Holly, however, with one fan suggesting that anyone who makes such comments is being influenced by a ‘green eyed monster’.

Or as another put it: ‘Grow up girls and stop skinny shaming.’

PREVIOUSBritney Spears is ‘p***ed’ about those lip sync slurs