How Mel gets her mani out of her life

MEL B appeared to give her tattered marriage the middle finger after her in-laws made some X-rated claims.

However, Scary Spice shrugged off the woes of her divorce from Stephen Belafonte and put on her game face for the LA launch of America’s Got Talent on Monday. 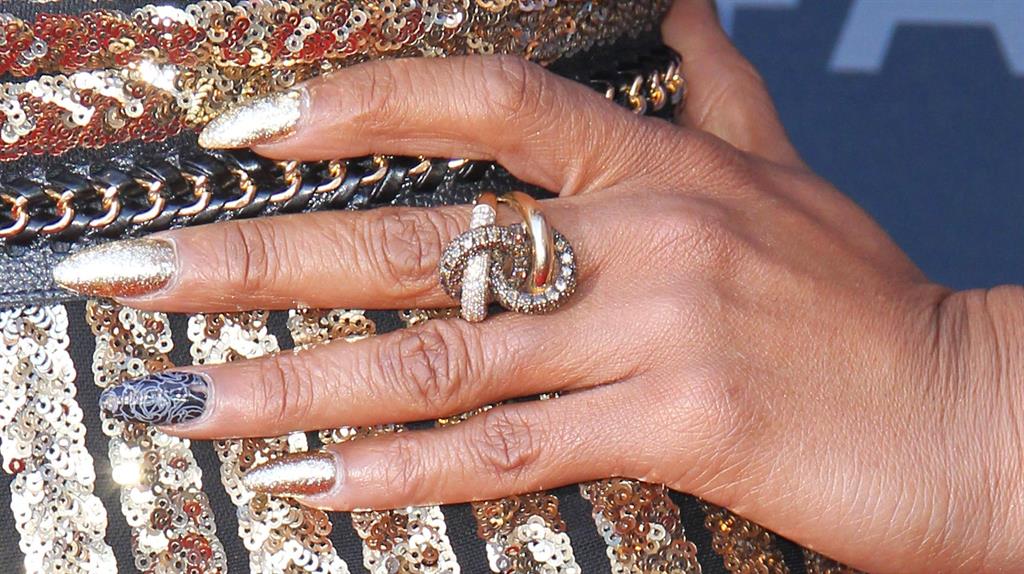 Letting a manicure and some bling do the talking, she sported a cocktail ring on her middle finger and painted her nails gold — apart from the nail of her naked wedding finger, which she varnished black.

The 41-year-old’s telling accessorising came as Belafonte’s brother Jeremiah Stansbury alleged: ‘Basically what they had going on was a very fun, loose, open kind of relationship.

‘It’s been publicised, this isn’t news from me. They liked to bring a stripper over and have a little fun,’ he told an Australian news station.

‘I’m only giving my opinion here — if you’re not a very mature person and you’re not very solid, if you’re gonna look at that as a licence to do whatever the hell you want, then someone is gonna feel unappreciated.’

Mel’s team have not yet responded to Metro’s emails about the allegations.

PREVIOUSSofia so bored by Lewis’s droning

NEXTNicole Kidman: My back was covered in deep, massive bruises