BROOKLYN BECKHAM is getting in plenty of hugs and kisses ahead of his weekend trip to the Far East.

Yesterday, he and his American girlfriend Chloë Moretz, 20, were arm-in-arm at Portobello Road Market in Notting Hill, after a lunch together. 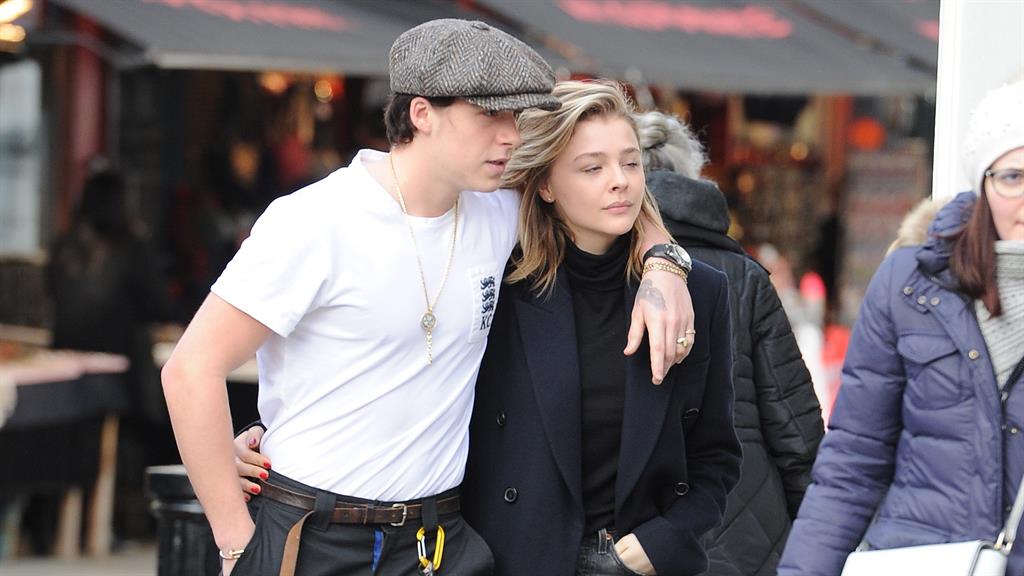 And earlier this week the 18-year-old was spotted puckering up to Chloë outside Claridge’s hotel in Mayfair.

Brooklyn is due to arrive in the Philippines on Saturday, where he will sign copies of his photography book, Through My Eyes, for fans.

The student is following in the footsteps of his mum Posh, 43, who travels to South Korea, China and Hong Kong for her designs, while dad David, 42, makes similar jaunts to Asia for his endorsements.

NEXTKelly Clarkson: I’m not afraid to smack when my kids are playing up