CAROLINE FLACK will be nursing her own heartache as she brings down the curtain on tonight’s Love Island final… but she admits she is in no position to complain about all the attention surrounding her own failed romance.

The 38-year-old accepts she has to roll with the punches after her ex Andrew Brady issued a lengthy online statement at the weekend, explaining their engagement was broken off due to a personality clash — and not him cheating.

‘I have this real conflict of my love life being constantly talked about… but at the same time, that’s my job, to talk about other people’s love lives,’ said Flack, who presents the bedsheet-obsessed ITV2 reality show.

Speaking during a black-and-white photo shoot for Ponystep Magazine, she added: ‘I can’t really moan about it.’

She and Brady, 27, did nothing to extinguish the interest in their whirlwind relationship, often posting Instagram stories from their bedroom. Now the presenter concedes she unleashed a beast.

‘I see the fascination, I’ve done it since school, when you can’t wait to talk about who’s going out with who,’ said Flack, whose love life first became a hot topic when she dated a teenage Harry Styles while she was working on The X Factor.

‘You can hear your mum and dad talking about, ooh, the neighbour’s going out with so-and-so. From a very young age it’s what you talk about. But that’s because we’re all in relationships, so it’s natural.’

Despite snapping about the gossip from time to time, she says: ‘What I don’t like to do is moan about stuff. 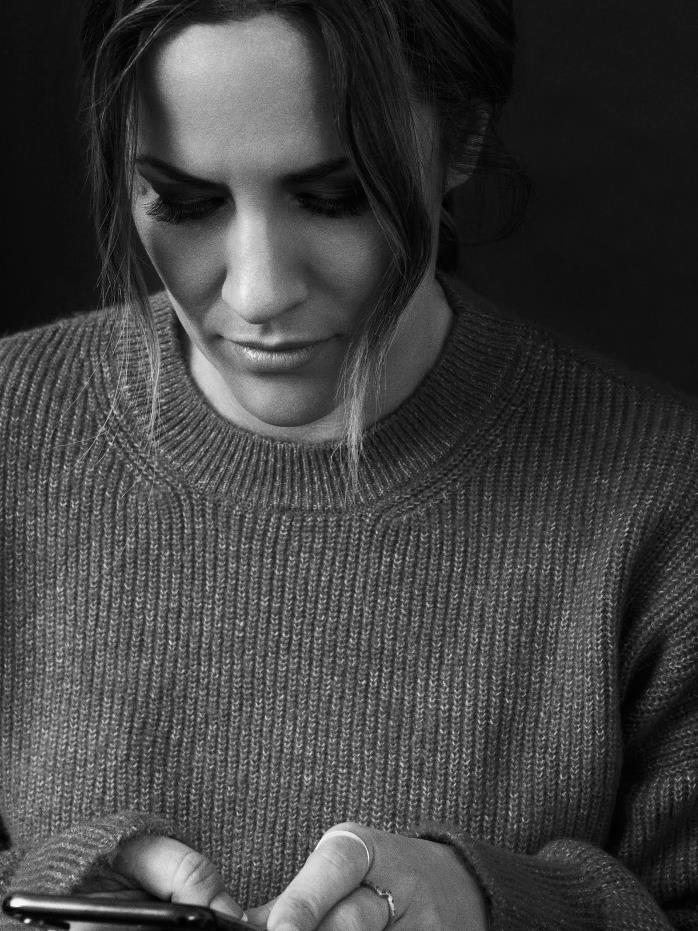 ‘I think the life you lead leads to a reaction. I have such a good quality of life and I don’t want to say to people, “You can’t do this and you can’t talk about that”.’ Her outlook follows former Apprentice wannabe Brady’s very public account of their break-up.

Hitting back at cheating claims, he insisted: ‘For reasons personal to us, we mutually decided it was going to be very difficult to sustain a long-term relationship, but was more about our personalities than our actions.’

He finished by saying he hoped the Love Island host will find happiness ‘one day’.