Is he ready to Rock the White House? Not yet

DWAYNE JOHNSON has ruled out running for US president in two years’ time… but he hasn’t given up on the White House entirely.

There had been speculation that ‘The Rock’ would be throwing his hat into the ring but last night he said: ‘Right now I am just learning as much as I can.

The 45-year-old ex-wrestler was speaking at the European premiere of his mega monster movie Rampage, about an ape involved in a genetic experiment that goes wrong. 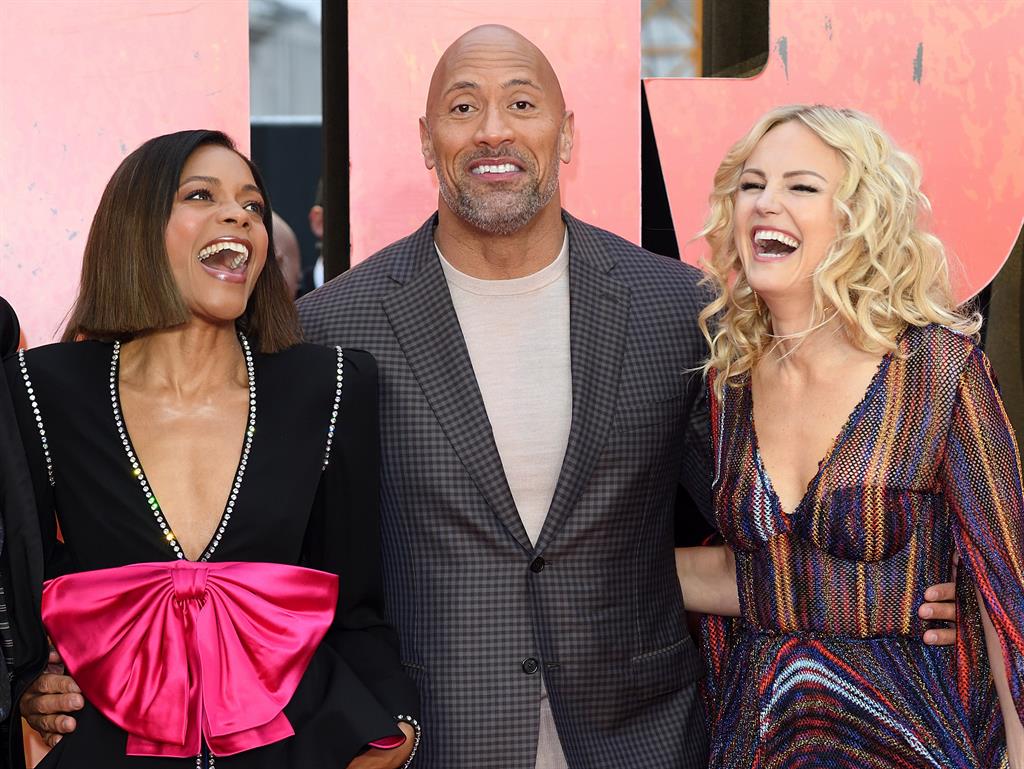 Johnson hit the red carpet in London’s Leicester Square with his co-stars Naomie Harris, 41 — aka Miss Moneypenny in the Bond films — and Billions star Malin Akerman, 39.