Is Lily Collins aiming for the height of passion?

WHERE’S a stepladder when you need one?

It was a case of ‘little and large’ when a bikini-clad Lily Collins soaked up the sun in Italy with her mystery (and massive) new man. 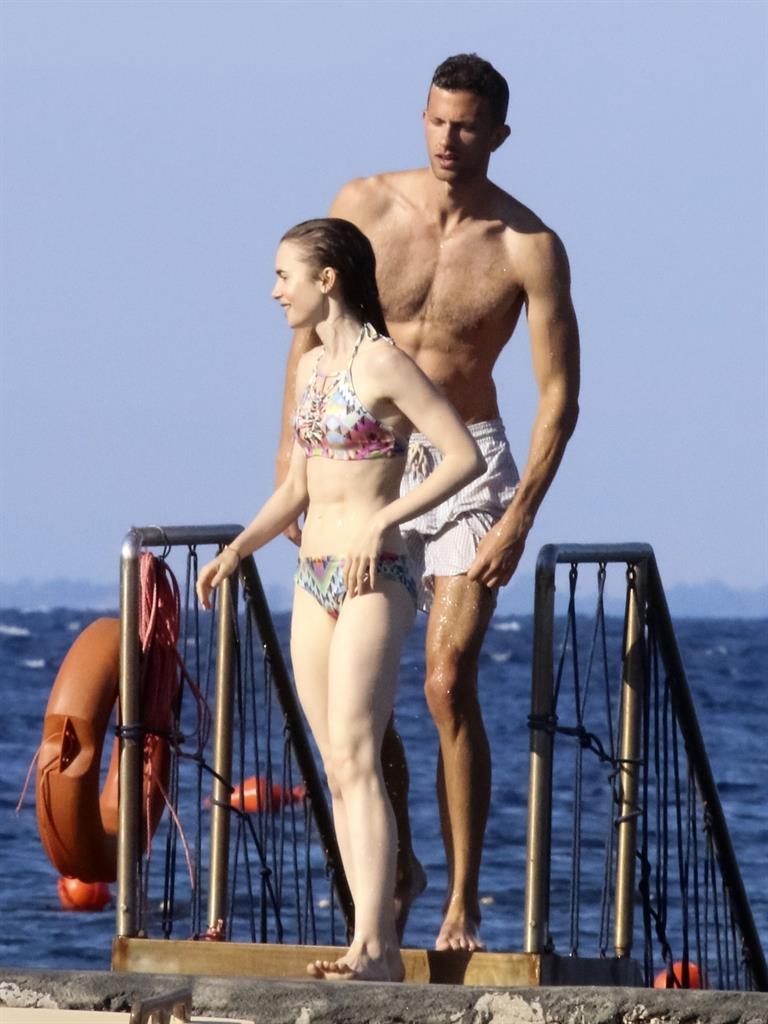 Phil Collins’ actress daughter, 28, enjoyed Another Day In Paradise as she hung out with the hunk on the island of Ischia. The pair seemed to be getting along swimmingly, frolicking in the Med before sinking drinks on sun loungers.

Previously linked to Taylor Lautner, Zac Efron and Nick Jonas, Lily was taking a well-deserved break from her promotional duties for Netflix drama To The Bone.

The film, about eating disorders, will have brought back painful memories for the star, who battled anorexia as a teenager.

Lily, who safely lost weight for the role under a nutritionist’s supervision, has said: ‘It’s important for people to really talk about it.’

PREVIOUSNow we can all be Strictly tangoed…

NEXTHarry Styles has a little t*t more than other fellas…