It locks like Rita Ora’s having a wild time

RITA ORA proved the mane attraction as she joined in with the Paris Fashion Week celebrations.

All eyes were on the pop star, 27, who put on a hair-raising show at nightclub Silencio — vigorously flicking her blonde locks back and forth.

The Anywhere singer also put a new spin on the term ‘painting the town red’ by squeezing into a spicy, zipped-up scarlet jumpsuit for her show on Sunday.

And she yesterday woke up to the news that she was named in Forbes magazine’s annual 30 under 30 Europe list — which ranks stars’ whose influence is transforming entertainment, business and sport.

The former X Factor judge, who embarks on a sell-out UK tour in May, was in fine company alongside world champion boxer Anthony Joshua, 28, chart-topper Dua Lipa, 22, and Little Mix. 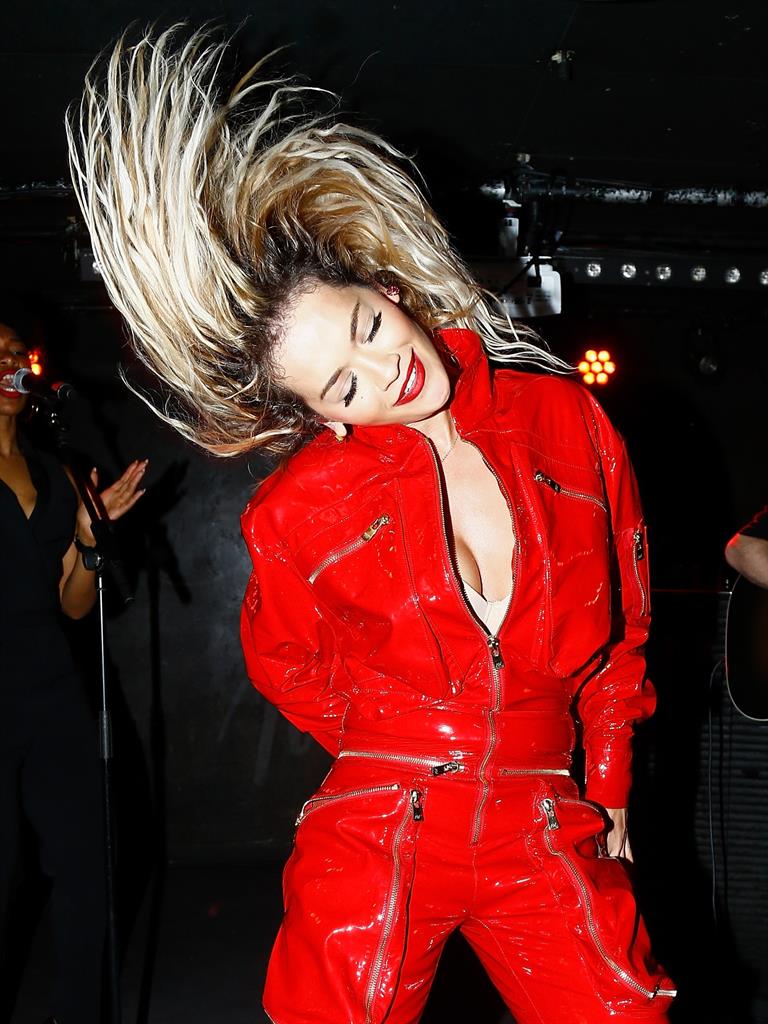 PREVIOUSOlivia Munn: I won’t be making a Pratt of myself with Chris