It was Mel, NOT ex who bedded me, says nanny

MEL B emerges smiling from a lunch with friends, apparently unfazed by claims she seduced the nanny at the centre of her divorce storm.

The former Spice Girl, 41, is accused of instigating a seven-year affair with Lorraine Gilles, beginning when the German came to Los Angeles as an exchange student. 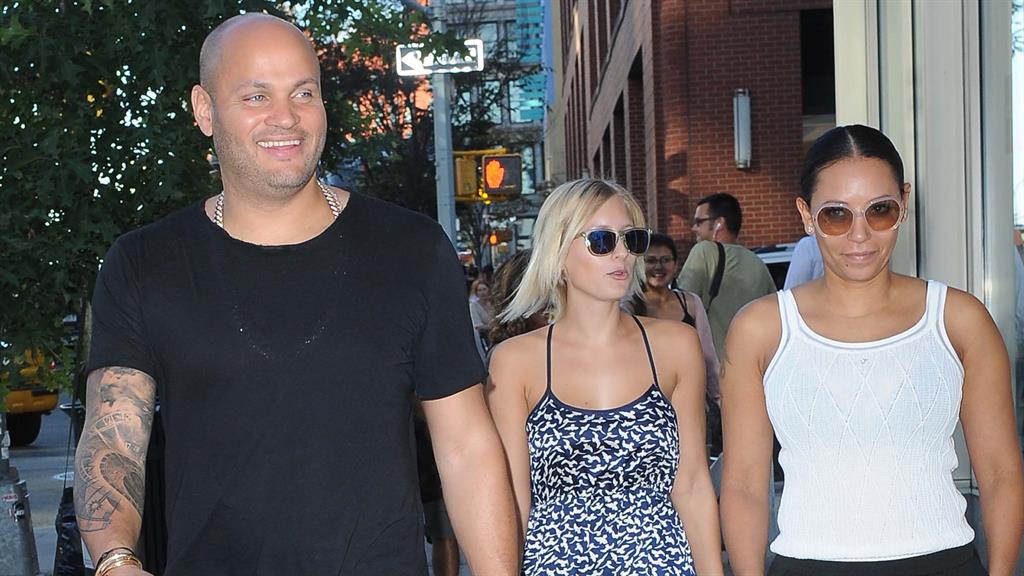 The 26-year-old says the star, real name Melanie Brown, was the main instigator of threesomes with her husband Stephen Belafonte, 41.

‘Belafonte was not present during most of the sexual encounters between Gilles and Brown,’ the documents add. ‘The only times when Gilles and Belafonte had sex was when Brown herself invited her husband to join the couple in the bedroom, at which point Brown would often serve as the “camera man” and record the sexual encounters and/or take part in the ménage a trois herself.’ Ms Gilles denies aborting Belafonte’s child, insisting Mel B knew the pregnancy was from a one-night stand with another man.

She is seeking damages for alleged libel, invasion of privacy, and emotional distress.

A court hearing is due to begin today after Mel B filed for divorce.

NEXTI’ve got your back… Gaga gets lift-off dancer