The Scottish comedian and her professional dance partner Kevin Clifton became the ninth couple to leave the BBC One dance show after facing Alexandra Burke in the dance off — and now it appears she’s so upset about getting the boot that she’s decided to unfollow the official Strictly Twitter account.

Understandably, this has led to rumours of a rift, but Susan had this to say to anyone who thought it was a case of sour grapes.

‘I’m sad about leaving the show and didn’t want to get even sadder,’ she tweeted. ‘I think that’s ok. Thanks.’

And most fans seemed to be supportive, with one offering these comforting words: ‘Once you get over the immediate sadness the memories will be glorious x’

Susan seemed to have rallied a little later, though, as she reassured one commenter she would still be watching the show.

An hour later she was definitely bearing up, as she tweeted: ‘Anyway, back to happy things.’ alongside a cute cat Gif. 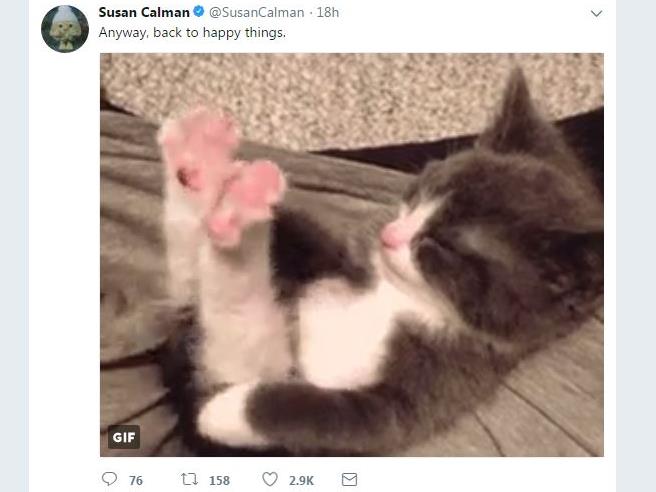 And this morning Susan was feeling festive again, as she — an avid Doctor Who fan — posted a stone angel alongside the caption: ‘I want to put my Christmas tree up. I know it’s only November but I can’t wait to put my tree topper on. It brings just the right amount of festive cheer to the house. 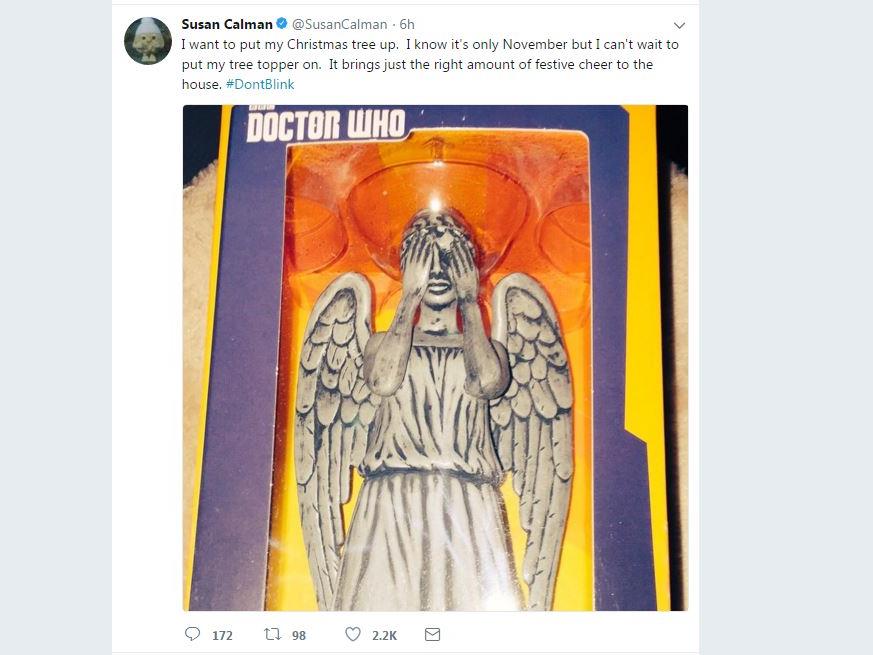 ‘#DontBlink,’ she added, referencing the creepy angel’s ability to zap you back in time.