JACK FINCHAM is sticking up for Love Island as a viable career path as opposed to Oxbridge.

The former stationery salesman was giving his take on recent reports that more school leavers are now applying for the hit reality show than Oxford and Cambridge universities.

In an exclusive post-Love Island analysis with Guilty Pleasures, the 26-year-old from Kent, said lucrative offers are rolling in since his victory with girlfriend Dani Dyer.

Jack said that when he first heard the news about Oxbridge he ‘just laughed’, adding: ‘I thought it was funny.

‘I can’t say, “Don’t go for your education”, but in terms of the opportunities and doors it can open for you, it [Love Island] has changed my life for the better and created opportunities for me. So for me personally that would be the way forward… the world is my oyster at the moment.’ 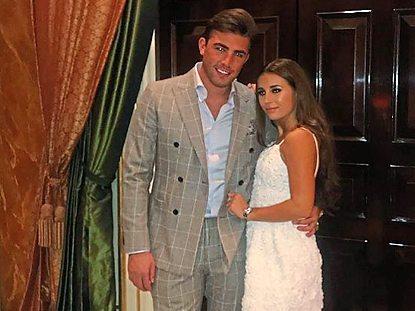 However, Jack admits that earning a fortune for life is still a way off. ‘I wish I was a millionaire,’ he said. ‘I am just gonna work really hard.’ He refuses to accept money to post any old thing to his 2.6 million Instagram followers. ‘I’ve had offers to post on Instagram, but I don’t want to post stuff that I wouldn’t wear myself or it doesn’t make sense to my life,’ he said.

And Jack accepts that the ITV2 show can promote an unrealistic body image for fellas. ‘I think there is pressure on guys,’ he added. ‘I think a lot of people who watch it go, “I’d love to look like that”.

‘I’m a prime example of being happy in your own skin. If you want to go to the gym and look like that, do it for you, and not because you feel you have to.’

With growing public concern about the show’s effect on contestants’ mental health, Jack defended the experience, insisting it made him stronger. ‘It does test you,’ he said.

‘I think coming out of there has made me stronger and definitely able to speak my feelings freely. Before, sometimes I would keep it to myself and feel a bit down. Now, I just say, “I feel like this”. It’s much better to be like that.’

He backed calls for a gay version of the show, saying: ‘I don’t see why not. I’d watch it. I think it would be fun.’

As for a future with Dani, 22, Jack says marriage is ‘not right at this second’ but revealed they do have a flat. And regarding his potential in-law, he said Dyer’s dad, EastEnders star Danny, is ‘just really normal’.