JAMIE DORNAN painted his Fifty Shades Of Grey co-star Dakota Johnson as a serial dater — and revealed the on-set nightmare of his second-hand codpiece.

The Northern Irish hunk, asked on US TV about any sparks with Dakota on set, replied: ‘This is going to sound bad but we are almost like brother and sister; because I am married and she had quite a lot of relationships in the time we have known each other.’ 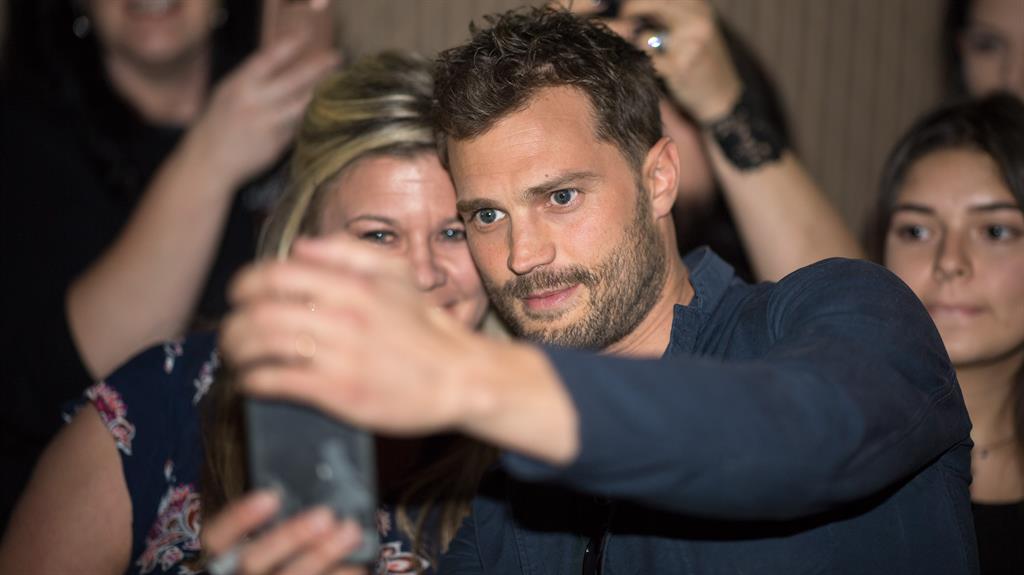 Dakota, 28, is currently seeing Coldplay’s Chris Martin while 35-year-old Dornan is married to Amelia Warner. He went on to talk about the pouches designed to keep his parts private in the latest film, Fifty Shades Freed.

‘I thought I would take them out of the packet and they would be brand new, and have that brand-new smell,’ he explained. ‘One I liked the look of. I picked it up and in the seam it said “inmate number three”. I thought, “What the f***, this has been used!”’

How did he cope? ‘I sort of went mind over matter, closed my eyes and you tie it into a wee bow.’

NEXTI do… want to work in Hollywood, says James Sutton