J-LAW was looking f-lawless yesterday as she stole the show at Dior’s Paris Fashion Week show.

The 28-year-old Hollywood actress was in a grey mini-dress teamed with one of the label’s belts as she joined model Cara Delevingne (pictured), who gave a twirl in a pink pleated frock, actress Gemma Arterton and US model Karlie Kloss on the front row at the Musee Rodin. 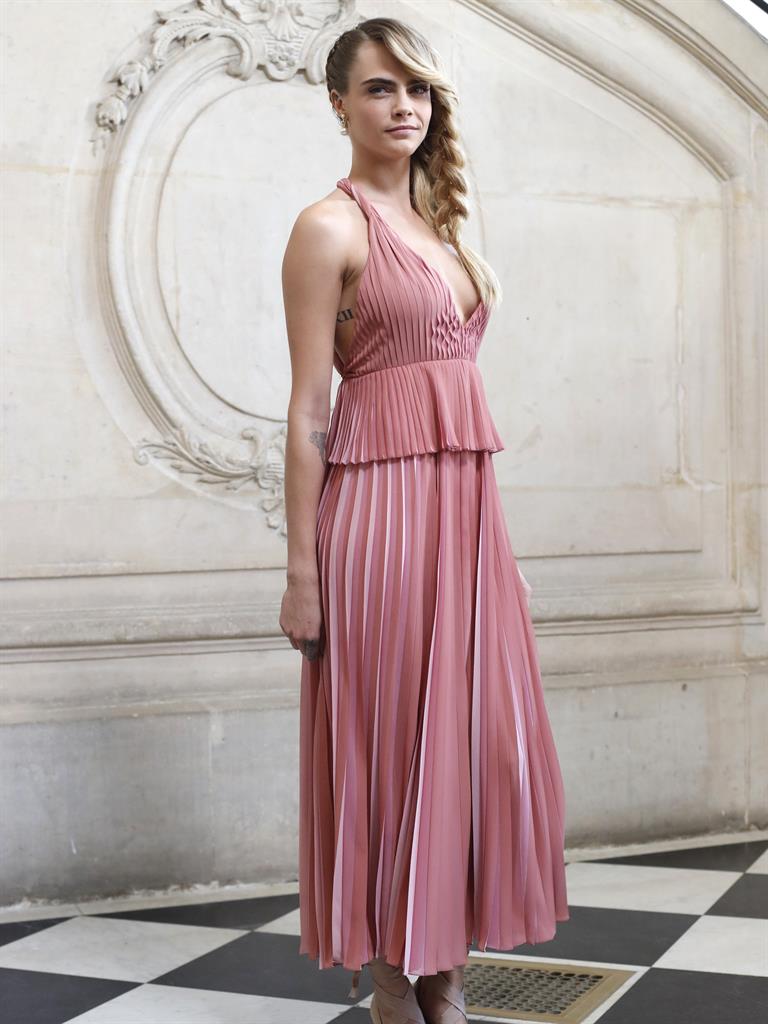 Lawrence’s fiance, Cooke Maroney, 34, was not at the show but she was wearing her engagement ring. The New York art dealer popped the question earlier this month after they dated for eight months.

NEXTRoll on the Weekend: Miley Cyrus and The 1975 to headline R1’s Big gig