Jennifer Lopez looks Out Of Sight on her 49th birthday

JENNIFER Lopez looks justifiably proud as she smoulders in a simple monochrome bikini while celebrating her 49th birthday.

The Out Of Sight actress and singer looked like she was having a well-deserved whale of a time yesterday as she posed for a snap on the beach surrounded by friends and family — including boyfriend Alex Rodriguez and daughter Emme — and holding up a bottle of bubbly.

She also, it must be said, looked amazingly tanned, fit and happy (at least in the second photo, below) — especially for someone approaching their half century, as many fans were quick to point out.

Alongside the picture, which Jen had simply captioned ‘Current birthday situation… yup’, the comments were almost universally in awe of her physique.

One summed it up, saying: ‘U look INCREDIBLE AT 49, have a VERRRRYYY Happy Birthday!!!!’

But while Love Don’t Cost A Thing, achieving the perfect bod certainly does, as Jen regularly proves by sharing snaps of herself after gym sessions. 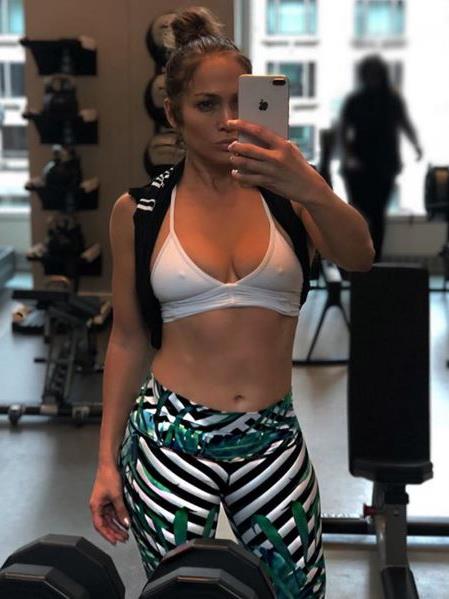 Only a couple of days ago, the dedicated singer posted a picture of herself post-workout, captioned: ‘😉 gotta get it in… now let the fun begin!! #birthdayweekbegins’.

And according to boyfriend Alex, Jen really is a fitness nut.

He told Harper’s Bazaar: ‘She really leans in to the big fundamentals, like getting her rest, eight to 10 hours. She doesn’t drink, doesn’t smoke. She lives a very clean life.’

Nevertheless, we hope she had at least one glass from that bottle of champers — she’s clearly earned it.