The three-time divorcee didn’t hesitate, said beefy sportsman Alex Rodriguez, who detailed his weekend of romantic gestures for the Jenny From The Block singer before slipping a hulking square diamond on her finger.

‘She said yes’, the 43-year-old wrote on Instagram yesterday. His 49-year-old fiancée captioned her snap with a string of heart emojis.

Along with sharing poetry about ‘soul mates’, Rodriguez made good on their two-year romance when he set up a trail of roses and decorated their bed with ‘I love u’ in rose petals during a break to Baker’s Bay, on Great Guana Cay island, in the Bahamas.

J-Lo has had a number of high-profile romances and was wed to singer Marc Anthony, her third husband, for ten years.

The pair have two children together, twins Max and Emme. She was previously married to choreographer Cris Judd and waiter Ojani Noa and was once engaged to Ben Affleck. She also dated Puff Daddy and had a five-year relationship with dancer Casper Smart.

As for A-Rod, he has dated Cameron Diaz and Madonna. 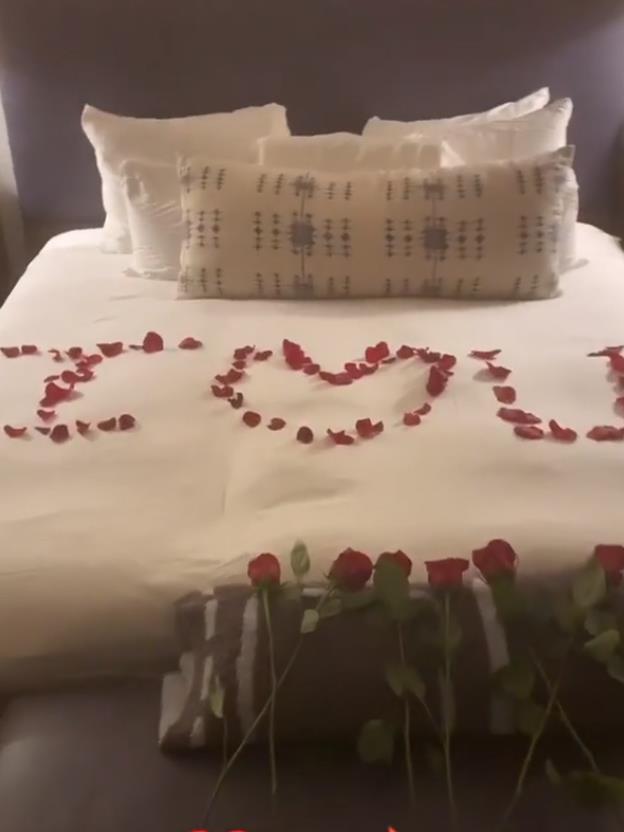 but he has renewed Lopez’s faith in love. ‘I feel like I’ve lived several life times already and I’ve had to figure myself out along the way… why I got into relationships that didn’t serve me,’ she told Red magazine.

‘And I finally realised, “It’s all me. I need to understand my own worth and value”. Both Alex and I are Latino, both self-made. He was always the hardest working player — me, the same. We have that in common.’

NEXTRonson: Making my Mark is a dream come true